We've spent 10,000km with the Pirelli Scorpion AT+ on the Tyre Review Ford Ranger, including some serious adventures on the west coast of Tasmania.

An overview of the Falken ZIEX CT60 A/S tyre that is aimed at the SUV & CUV market. Check out the video and let us know what you think about this tyre.Read the full article >

Kumho Road Venture MT-71 studio overview. We take a look at one of Kumho's newest mud terrain tyres. Check out the video for more informationRead the full article >

The Pirelli Scorpion AT+ is a brand new tyre, released in Australia in mid 2018, and is a replacement for the previous Pirelli Scorpion ATR. Pirelli touts the upgrade as increasing durability and traction, and also increasing the aggressive appearance of the tyre.
The aggressive appearance is certainly helped by the new, chunkier upper sidewall, with a tooth like design which might theoretically make it a bit more durable, plus help when climbing out of bog holes. Really, though, it’s there to make the tyre look good, and that’s certainly achieved.
The tread pattern, in comparison to the superceded ATR, is a much more open set of chunkier blocks, with more spacing between the blocks, which also have some angled stone ejectors. Those angled stone ejectors mean you’re less likely to get a rock stuck in tread, and eventually working its way through the rubber and giving you a puncture. One thing I did notice was that the pattern of the new AT+ doesn’t have the almost continual centre groove that the ATR had, which could have meant the new tyre is noiser, but that certainly didn’t seem the case in the time I spent with them. 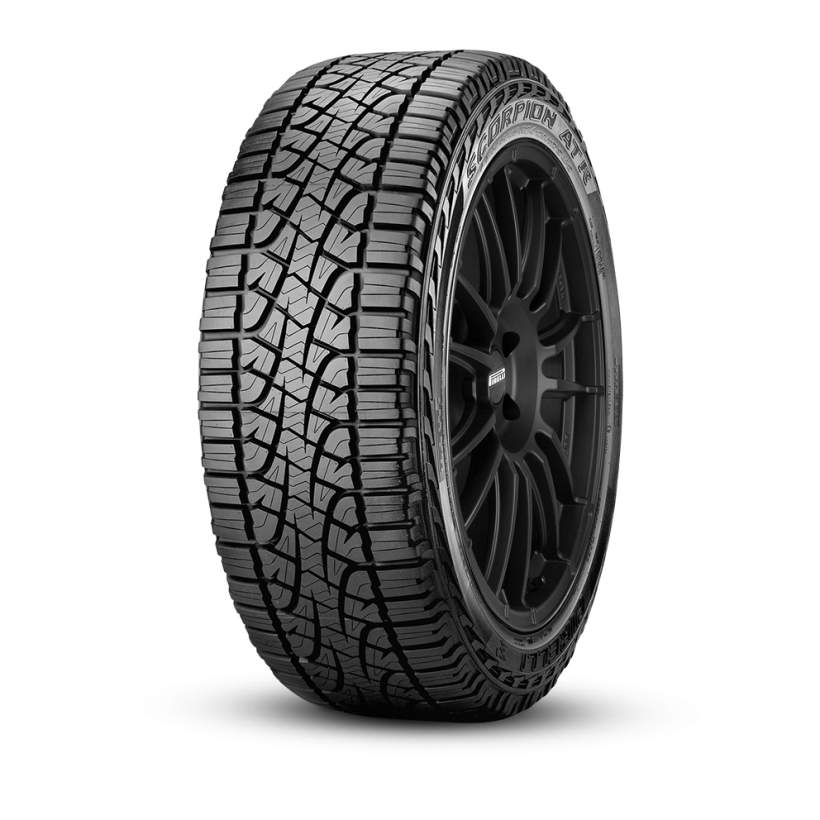 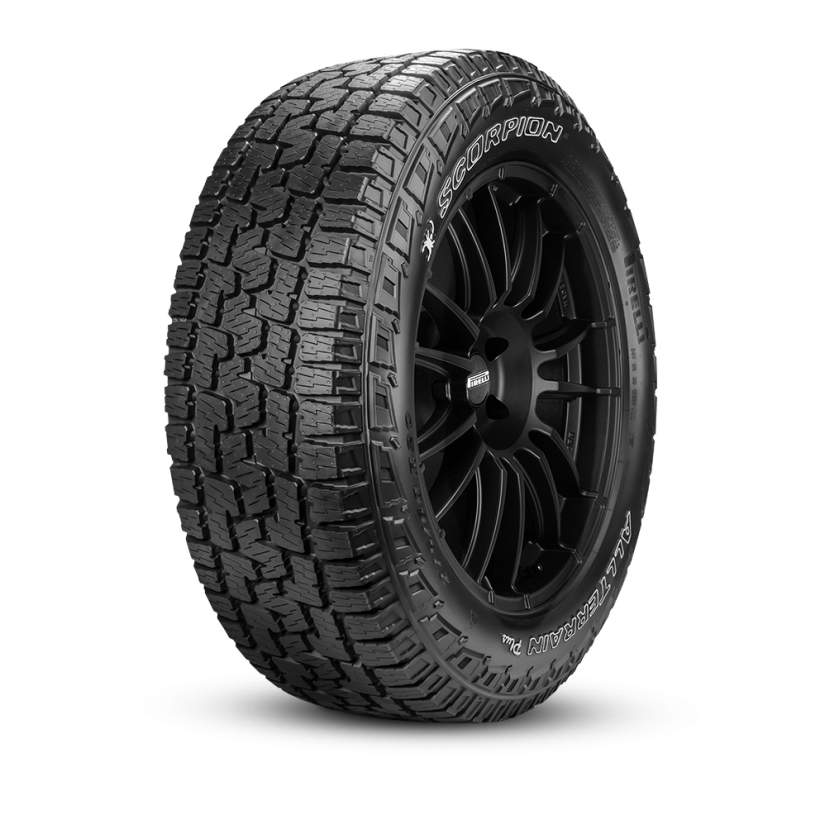 Also in the release notes for the new Pirelli Scorpion AT+ it details a ‘new generation tread compound’, which means they’ve played with the formula for the actual rubber mix that goes into the tyre, plus the tyre now has the Three-Peak Mountain Snowflake (3PMSF) rating, which I consider pretty important in an aggressive all terrain tyre. The 3PMSF rating means that they’re expected to provide more snow traction than the usual Mud+Snow rated tyre, and also maintain flexibility in conditions under 7 degrees Celsius. If you’re anything like me, and might find yourself accidentally driving through snow (I love Tasmania!), then it’s a fairly serious consideration that might make the difference between getting to where you’re going, or sliding into a ditch.
The other thing that Pirelli mentioned in their release notes is the on road traction, which I was pretty keen to put to the test.

My stint with the Pirelli Scorpion AT+ tyres started off with a bang – with the 2018 Tyre Review Winter Adventure, on the wild west coast of Tasmania, actually!
Over the course of 5 days, I put these tyres through some fairly epic driving in epic locations, hitting up mud, rock, sand and a heckuva drive there and back. Check out this thrill video from the trip:
You know how it is when you’re going on a trip, any sort of trip, with mates. You may do things that you wouldn’t do at home. You may get egged on to go bigger than normal. Of course, this happened on the Winter Adventure, and it’s particularly bad when someone is pointing a camera at you!
I found myself driving some fairly gnarly features, and found that the tyres induced more and more confidence. Such confidence that the producer had to talk me out of taking one line at a stage part way through the second day... I was so amped and confident that I could nail it!
In all conditions, these tyres helped me to keep up with the competition. Out of seven cars, these were the second lightest of all tread patterns tested, and while I drove to get stuck a couple of times (cameras!), any line that I wanted to take, I could take with precision.
On the sand the tyres also bag out well, and at about 15 psi I had no issue cranking around in the soft sand that had already been chewed up by multiple other vehicles. I was actually a little worried that I’d gone down too far for the sort of driving that we were doing, and that I might roll a tyre off the rim, but that didn’t happen. 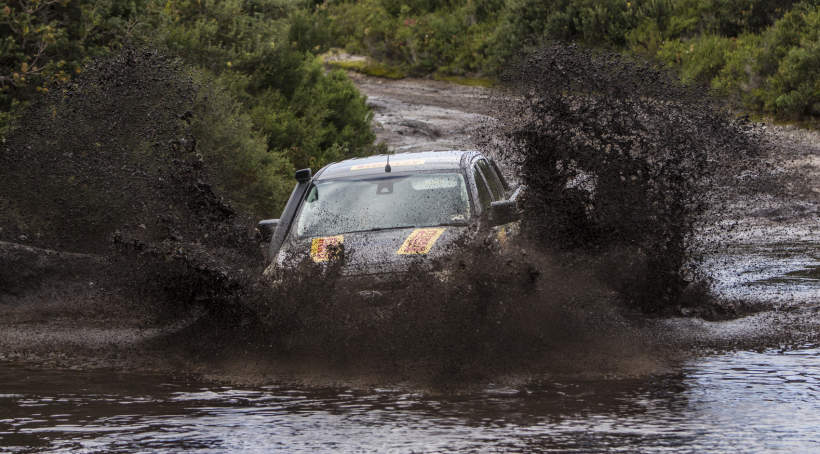 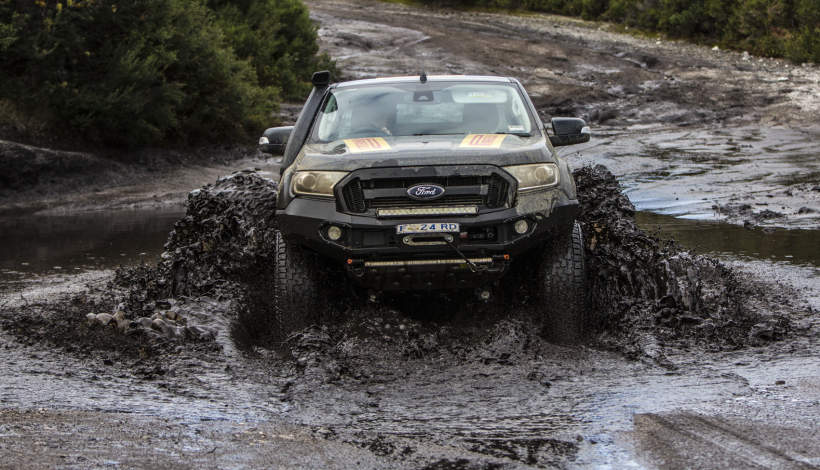 The final challenge on one of the days was a massive bog hole, and when we first came up to it, the lead car was literally sideways with mud up to his gills, bellied out on a solid section. It took about 30 minutes to work out a way to get a vehicle in to winch him out, then all the vehicles with their mud terrain tyres went through. When it came to my turn, I was pretty stressed about getting stuck, but navigating through the bog, and even some reversing, ended up being without sweat.
After the adventure, we had the trip back to Hobart. This route should take 4 hours 14 minutes, according to Google, covering some of the twistiest roads in Tasmania (and that’s saying something!) but we made it back in well under that time (keeping within the speed limit of course). Taking fast corners in a heavy 2.5t vehicle, loaded down with equipment, the tyres kept coming back for more. No squealing or yelling on the corners, apart from that coming from the passenger seat, just grip, grip and more grip. Even in the corners that very rarely see sun at that time of year, I sensed no loss of traction, and the traction control light didn’t tell me off either. 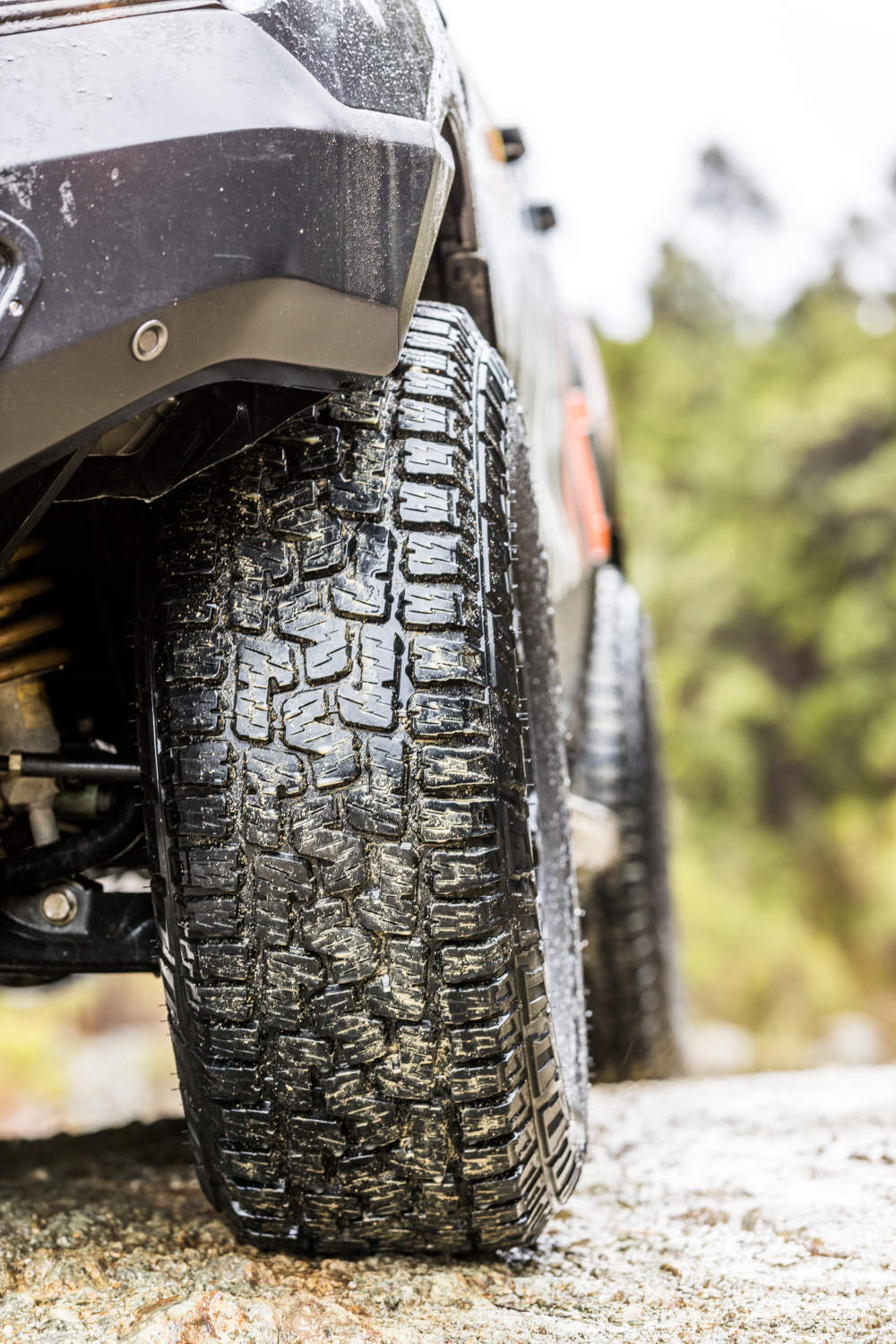 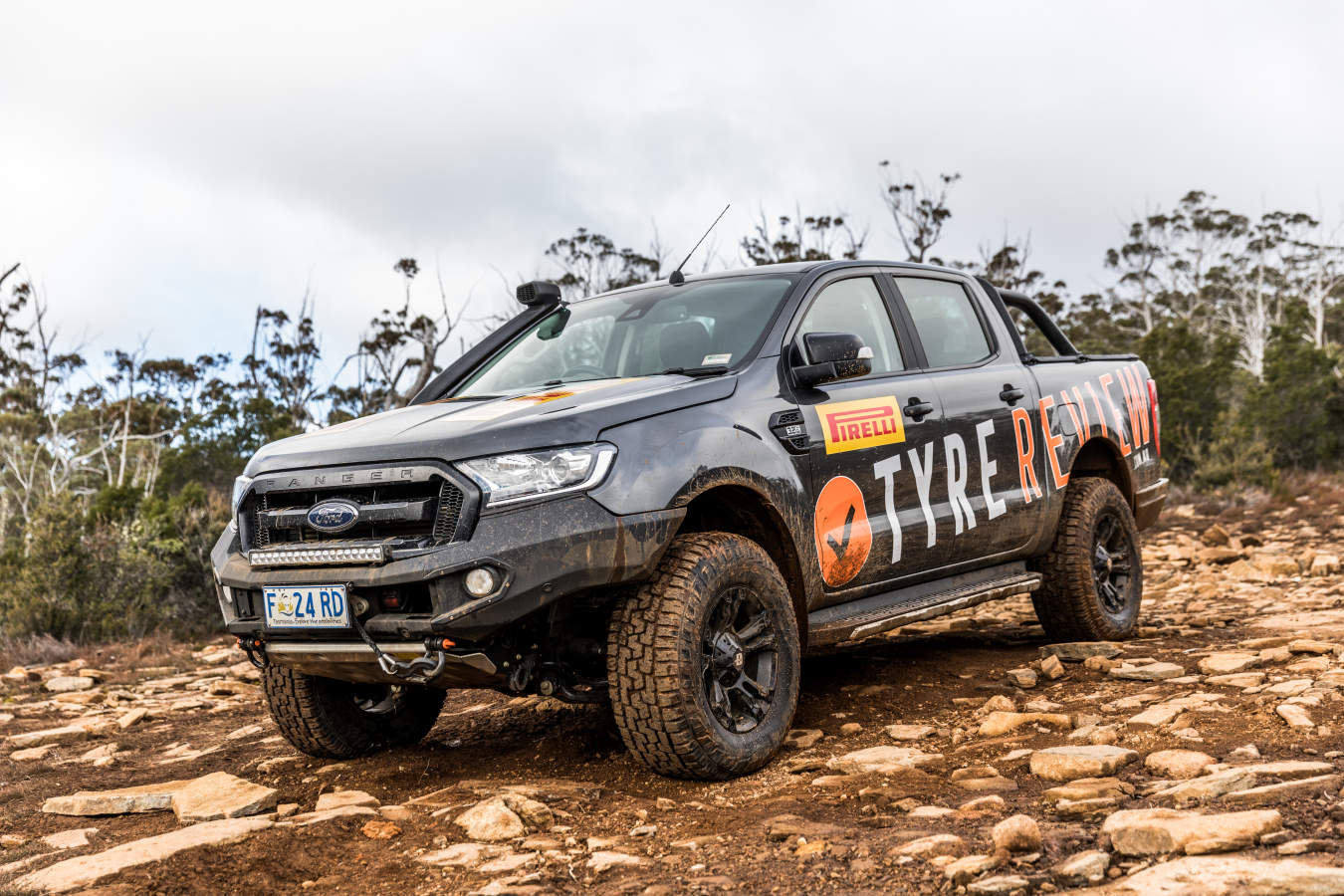 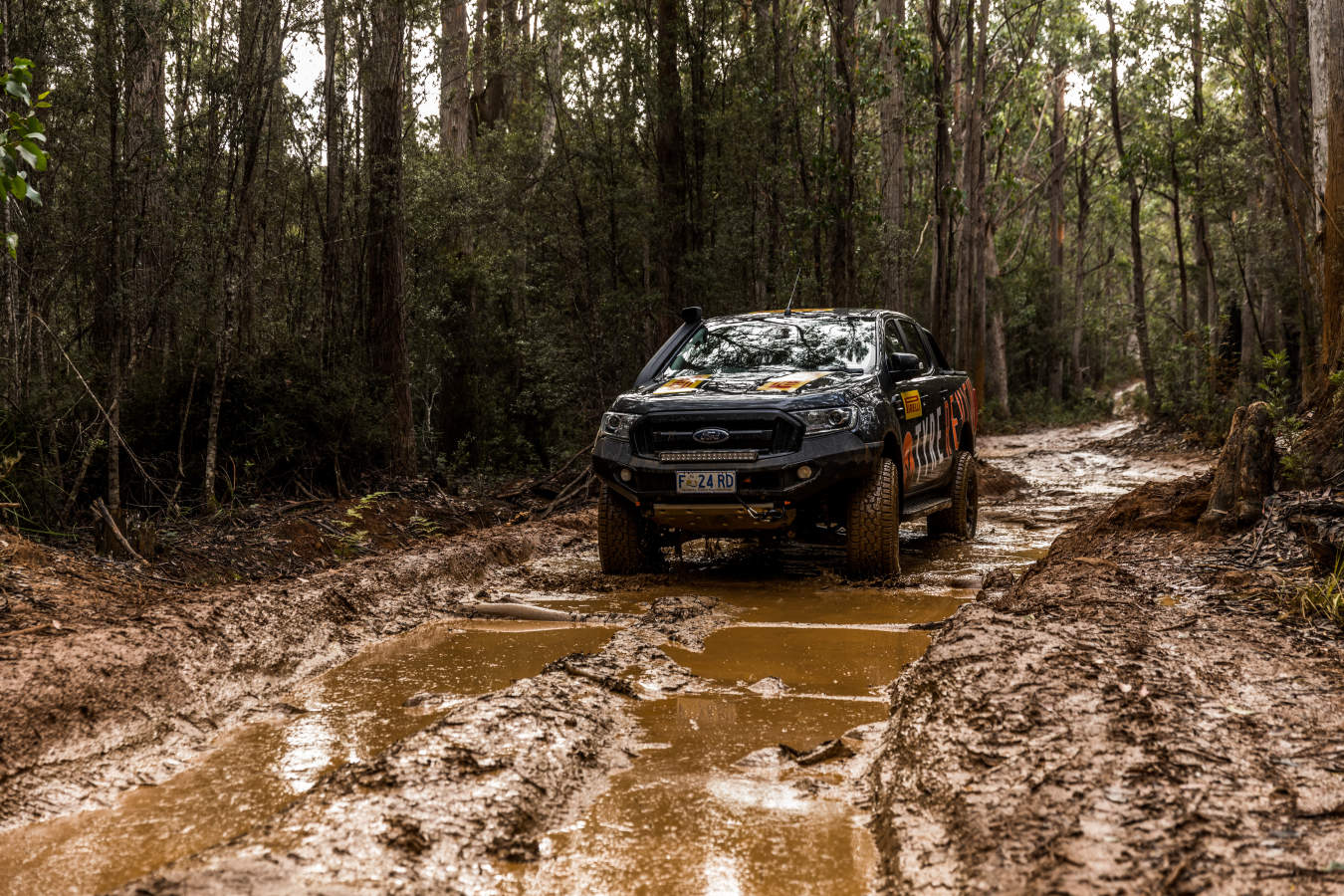 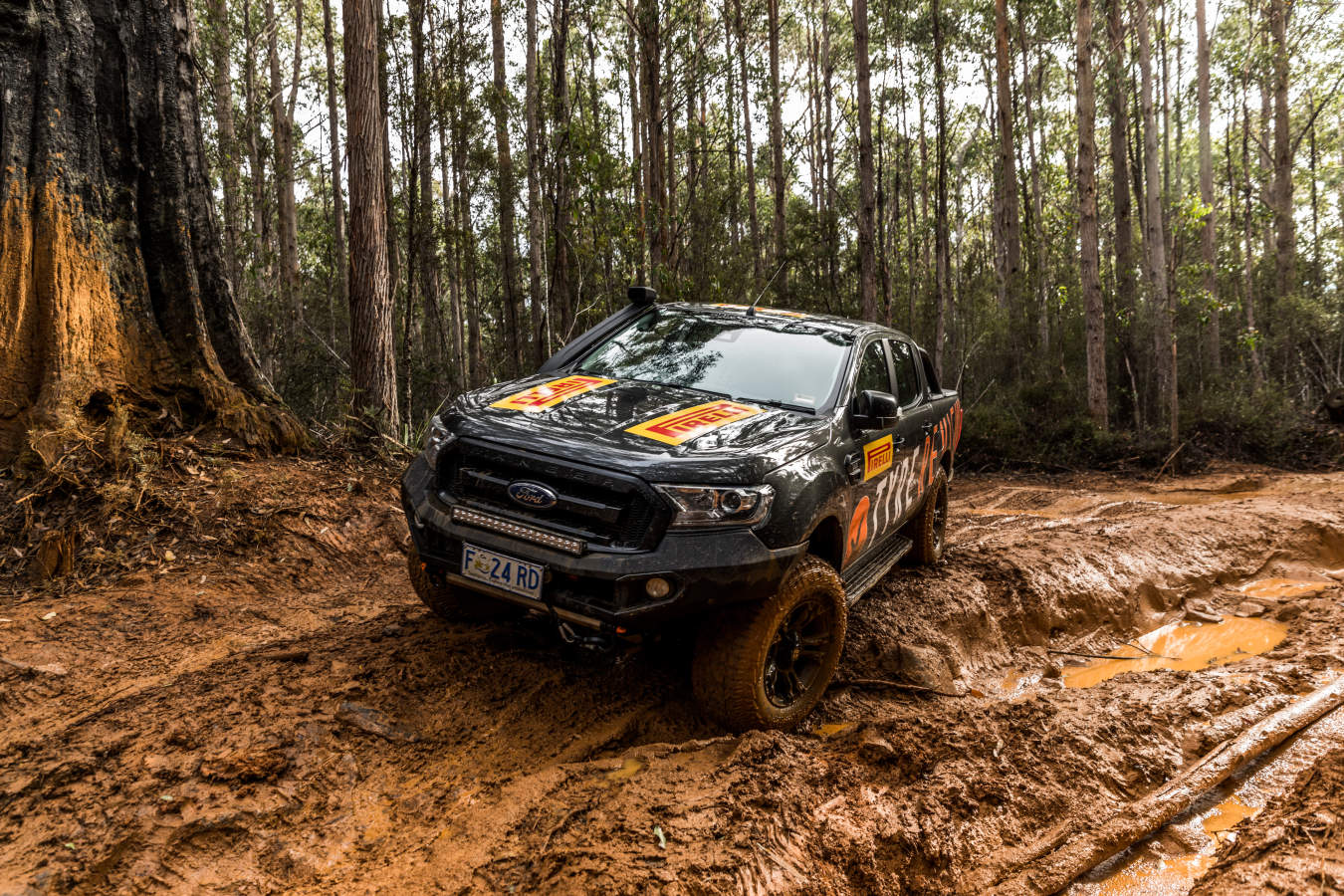 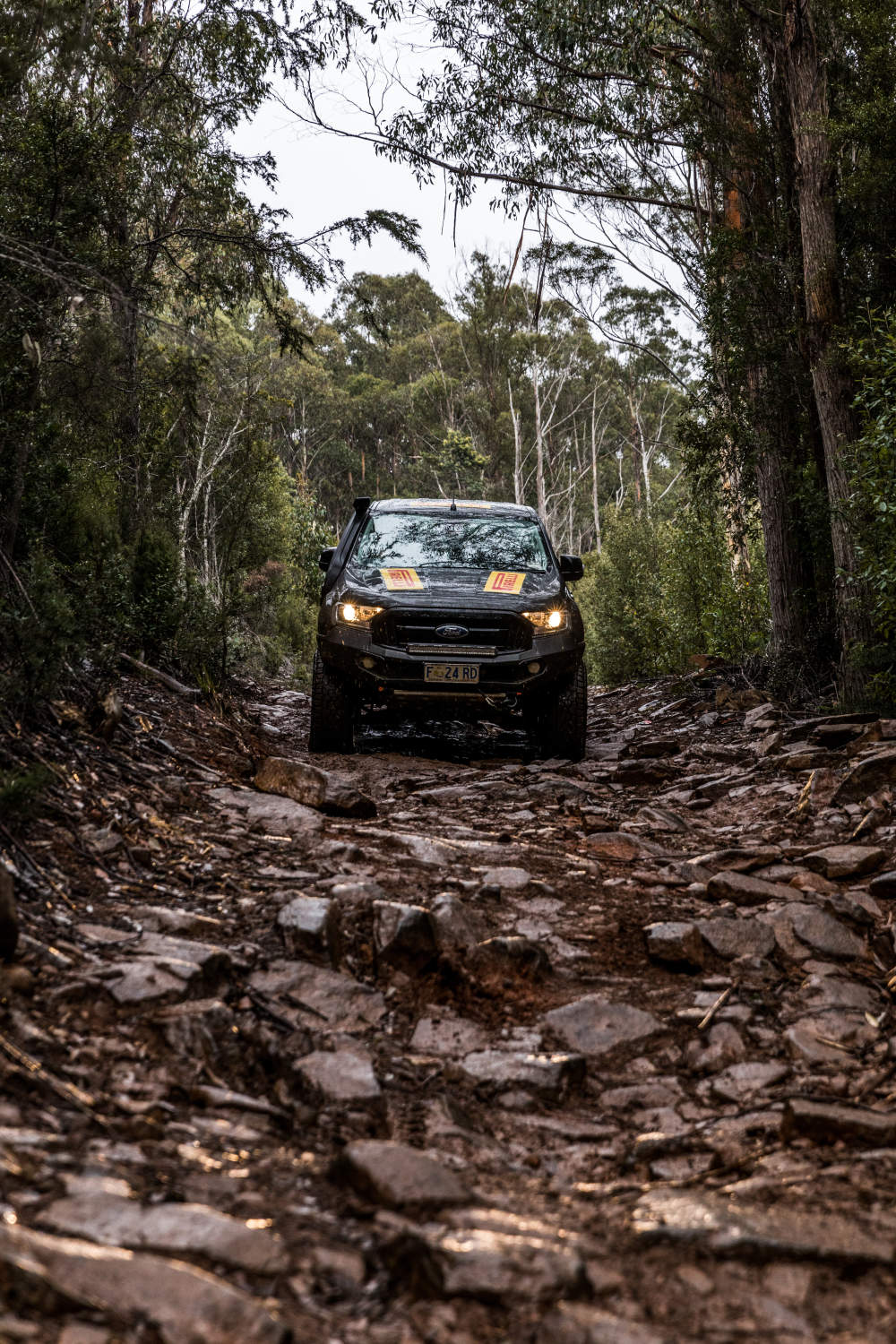 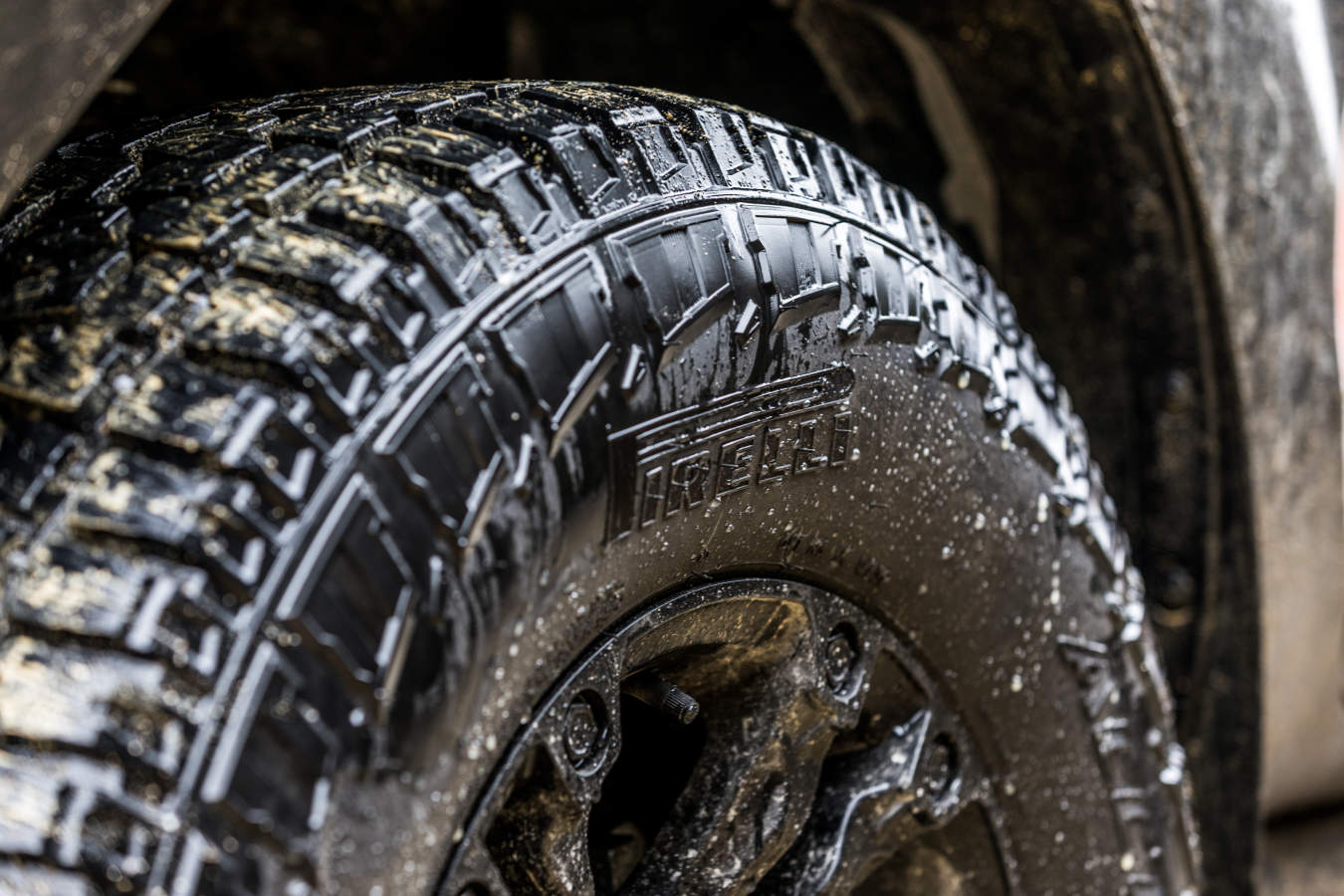 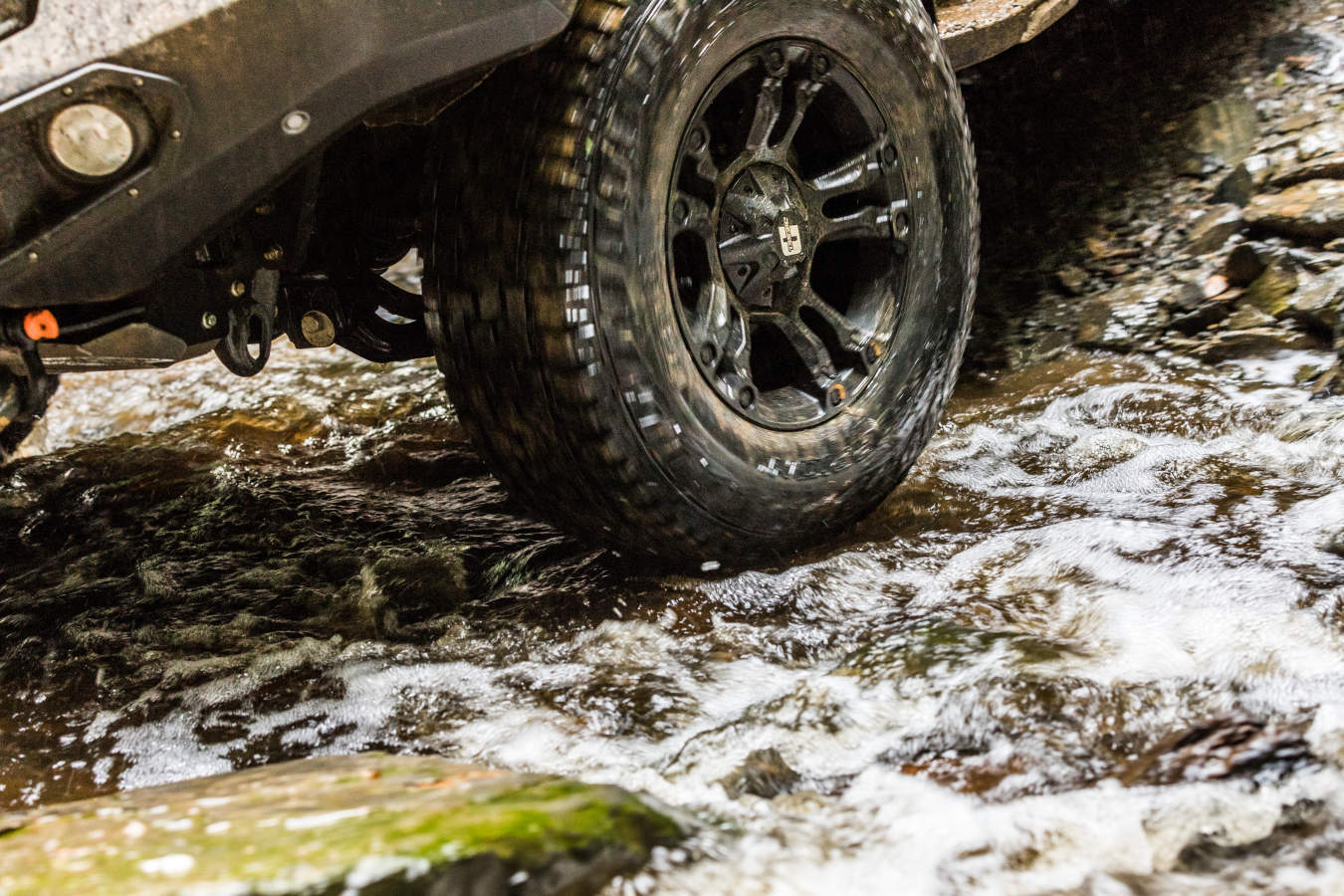 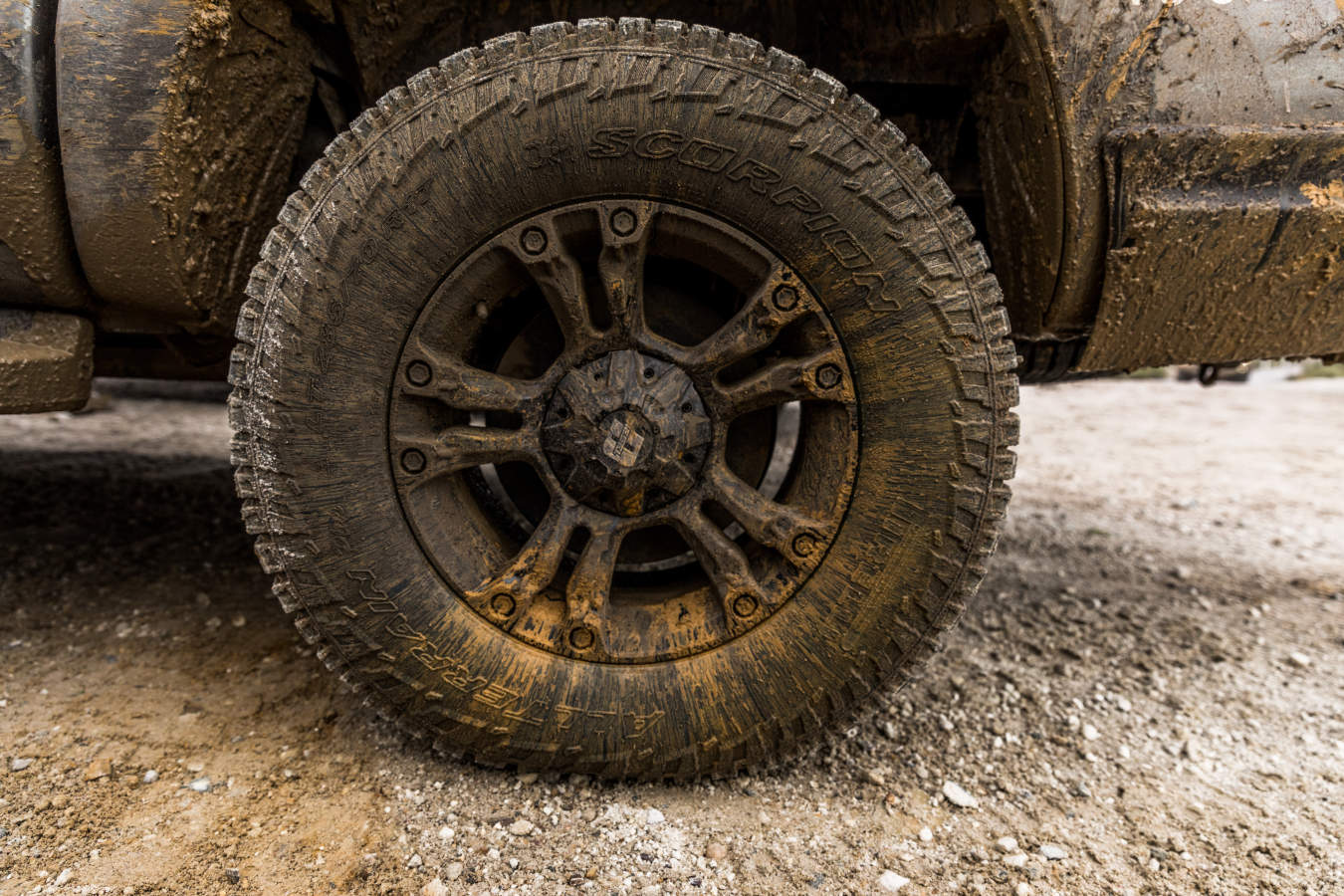 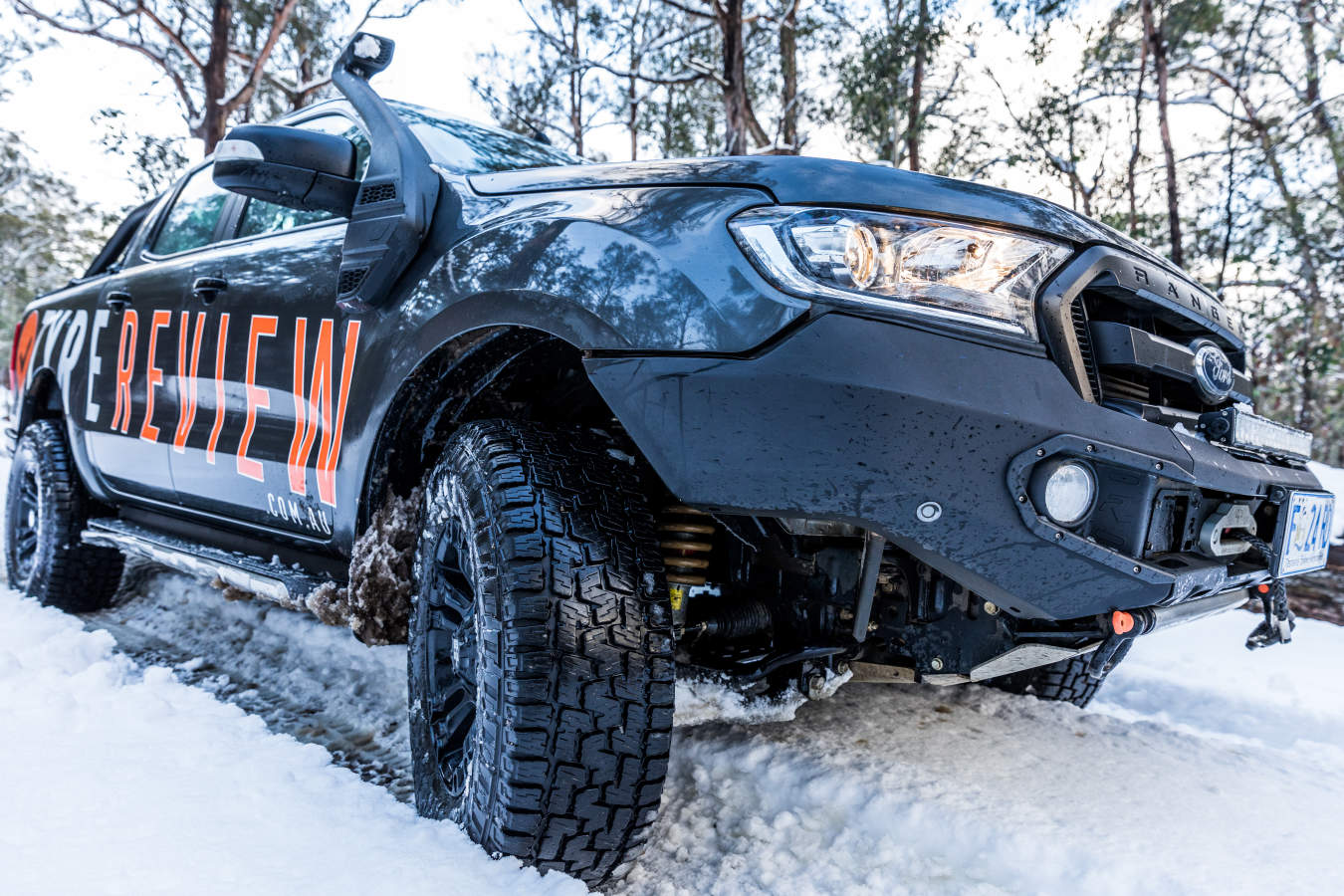 Coming down from the high of the adventure, and another muddy off road trip a week later, I settled back into day to day life, commuting 20 minutes of country roads to work and back every day, and the tyres were unobtrusive and actually reasonably comfortable for aggressive all terrains. Road noise was very good for the relatively aggressive pattern, and passenger comfort was on-par with some more road oriented tyres that I’ve used.
These tyres were also treated to a couple more trips out and about, with another trip onto the muddy trails not too long after, during which they shone, and also a quick trip up into the snow on a wintery day where I managed to get them into some deeper snow to see how they travelled. They certainly sucked up the snow, that's for sure, with only a little heart-in-mouth moment trying to get out of a pub carpark when I drove off the carpark and into a snow filled gutter. Got out okay, though! 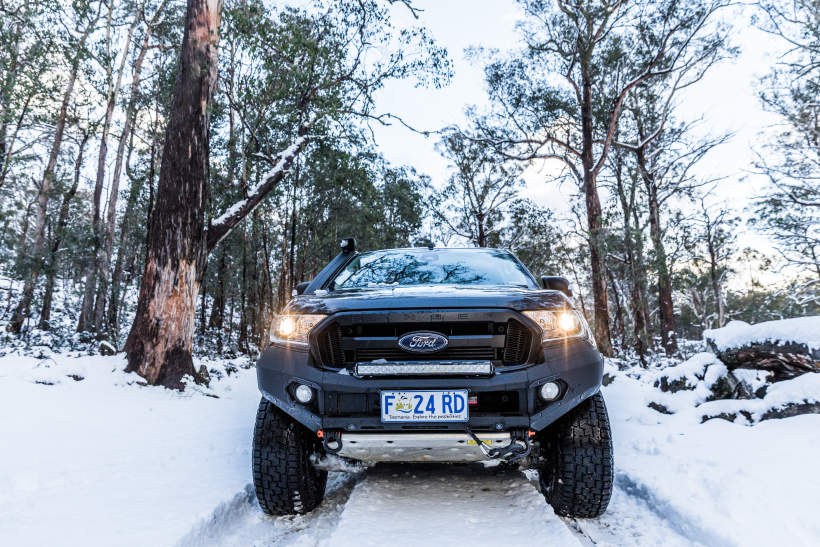 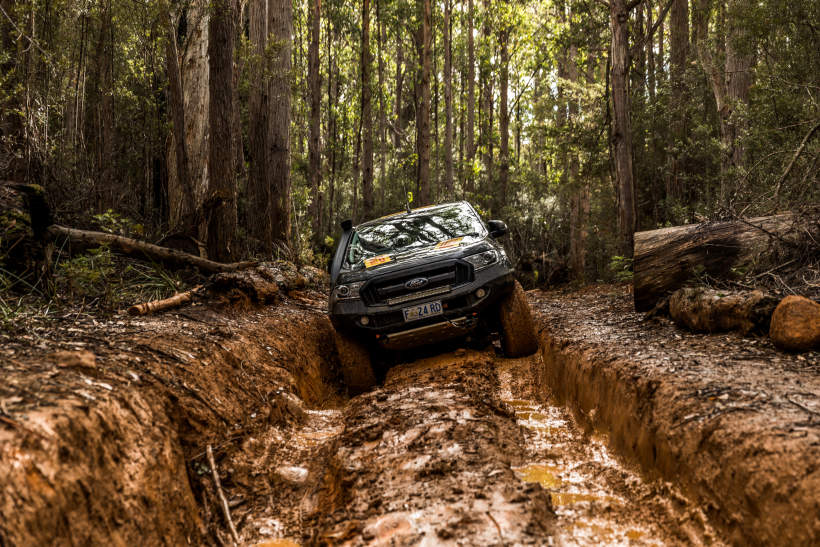 I feel like I’m being a bit overly positive here, but what I’m relating is my experience – I have no complaints about these tyres, and have pushed them very hard through all types of terrain and uses. Whether you’re on the road for 99% of the time, and want a tyre for that one weekend a year you finally get to cut loose, or if you’re hitting the trails most weekends, you’d be hard pressed to go past a set of these tyres.
On the road, braking, directional control, turn-in etc were all top notch. Off road they were point and shoot, no matter the terrain.
For the dual-cab-ute-roundabout-in-the-wet test, I was quite surprised at how well these tyres did. Regular driving during rain events lead to no tail-happy action, and it took moderate to heavy acceleration to really get the tyres to break loose. Given that it’s a dual cab ute with a heavy donk in the front and no load in the back, I find that impressive. 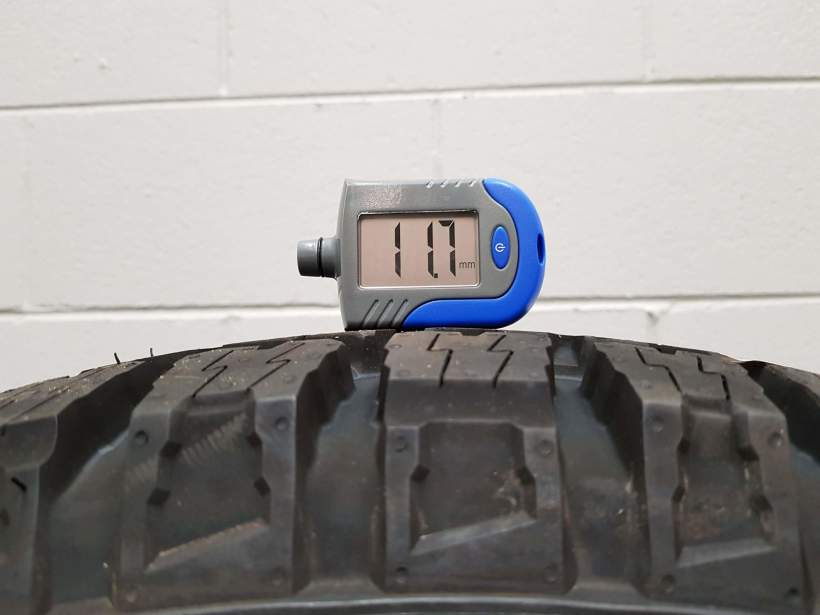 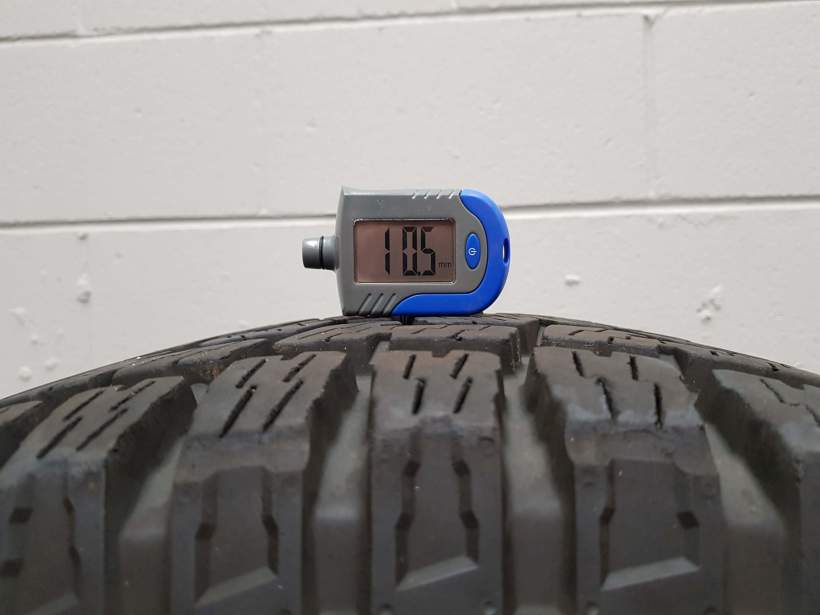 Looking at tread wear, the 285/70R17 tyres I was using started out new with tread depth of 11.7mm, and after 10,500 hard kilometres I wore them down to 10.5mm. Using back-of-a-beer-coaster maths, that means I could be looking at another 78,750km before they desperately/legally needed replacing, should they wear linearly, and a total of 91,578km. I’d class that as pretty good.
In terms of pricing, these tyres are at the higher end of the spectrum, but all factors are pointing to them being worthy of your hard earned cash.
Approximate prices (3 stores mystery shopped)
Range (smallest to largest): $299 - $565
Size tested retail price: $375 - $399 (285/70R17)

We've got the new Pirelli Scorpion AT+ all terrain tyre in the studio for a look at its features.Read the full article >

We've driven on the new Pirelli Scorpion AT+ all terrain tyre for over 10,000km, and now it's time to give you our long term review. Read the full article >