We’ve got great news for you. We’ve been working on something big. Something really big. Ring tearingly big.
To cheer up what’s been an otherwise crappy start to 2020, We got in touch with the best in the tyre business to see if there was something new, something exciting, that we could share with our readers.
And boy did they deliver. 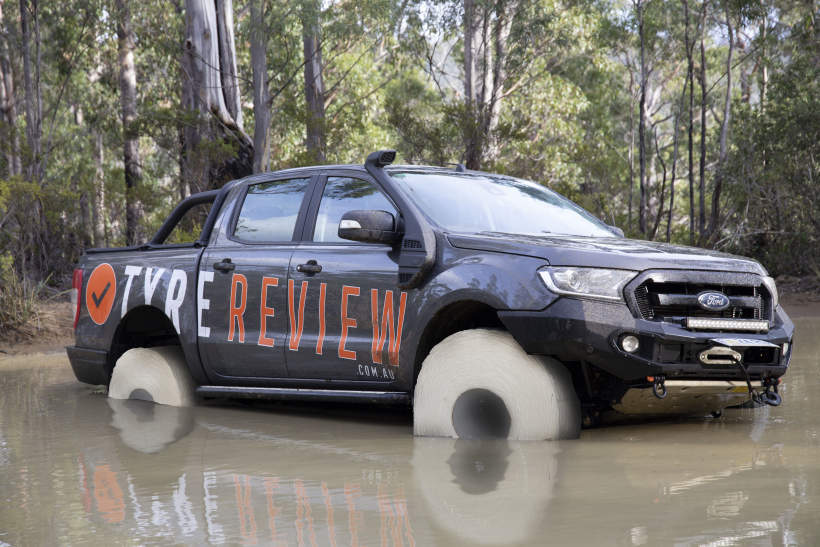 Introducing the latest in tyres. Tyres that will so radically change the way you drive that no current tyre manufacturer could take them on. Instead, these tyres were developed via a GoFundMe fundraiser and currently only exist as prototypes, and they said we couldn’t test them.
Don’t worry, that didn’t stop us. We begged and pleaded. And like a child that’s just told it’s mum that it needs to go to the toilet, they dropped their load quicker than a case of the runs, and we got what we wanted.
We. Got. The. TYRES!
That’s right, we actually got the tyres to run them through the wringer like we love doing here at Tyre Review. Usually, we’re known for our long term reviews but in this instance, we felt the urge to rip out straight away to do a once off, never-to-be-repeated, short sharp review.

Based on the back-of-the-packet advertising, if you’re looking for a tyre that will wipe the floor with all the other pretenders, look no further. Boasting an entirely new type of manufacturing process that is not only environmentally friendly, but soft on nature, these prototype tyres have a whole host of features that we hope make it into the final deposit: 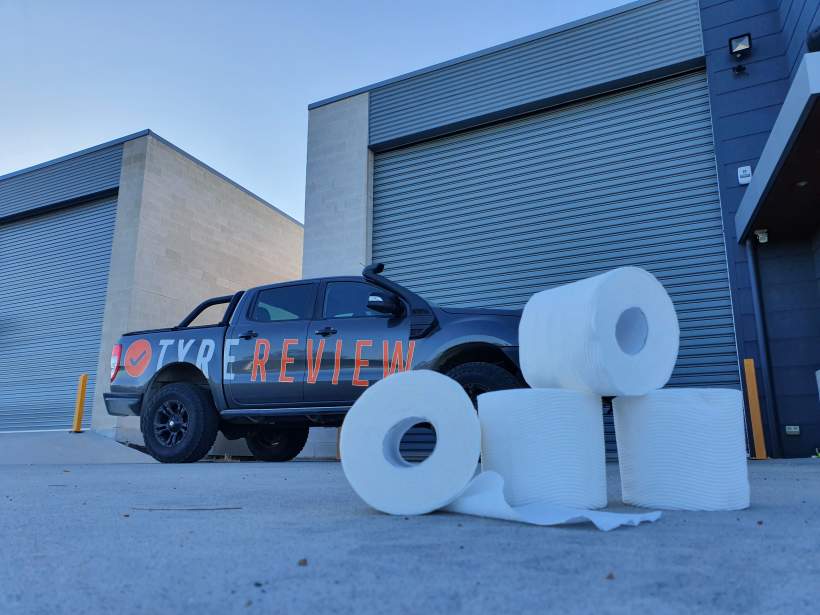 This current prototype is aimed at blending serious dirt digging off-road traction with squeaky clean handling traits on the road.
During practical testing, the on-road experience was pleasurable at best, and while some sharp corners lead to a little squealing, the performance aspect was quite satisfactory. The ability of the tyres to really clean up through a set of twisties brought smiles to our faces, particularly when enjoying the experience together.
While the on-road performance was promising, the off-road experience was more disappointing than a fart with follow through. The marketing hyped up their ability to really deal with dirty conditions, however we found that the tread clogged up quickly, and it took a really good spin with lots of revs to be able to flick most of the dirt off. We ended up having to clean out with a stick, which wasn’t particularly enjoyable.
On the way back from the track it started getting hot, heavy and wet, with water gushing from all angles, and it was then that the brown stuff really hit the fan. Unfortunately, due to the super absorbent four ply that we were putting through the stress test, they soaked up significant quantities of moisture and bogged down, then just became a pulpy mass that was good for nothing.
If these tyres progress from prototypes to eventually hit the market place, they could set you back quite a bit as we reckon you’ll need more than one spare. In fact, we recommend keeping a spare pack in the back, just in case of an urgent need on the track.

Obviously, it’s a bit tough to comment in some ways as these are a prototype. But, from what we experienced we would say that these have the potential to wipe the floor with the competition, and become ridiculously popular. The manufacturer may not be able to keep up with consumer demand given the propensity for panic buying this type of product.
They provided a noiseless, comfortable ride but their propensity to fall apart, particularly in soggy conditions, was their downfall. In terms of treadwear, we can’t see you getting much mileage from them, they’re more of a single use, change regularly kind of thing. But who gives a crap, if they can handle all the other shit you throw their way!

A Reviewer's Rides of a Mitsubishi Lancer 2003. Jared talks to Ash about his 2003 Mitsubishi Lancer, the tyres and the modifications that have been done over the years.Read the full article >

Reviewers ride of the Tyre Review Ford Ranger. Jared takes us through the additions and modifications performed on the 2017 Ford RangerRead the full article >