Is filling your tyres with Nitrogen worth it?

Short answer: Not really.
Long answer: It depends.
But let’s take a deeper look. Nitrogen in tyres is used frequently in industrial and aerospace applications, in fact, regulations stipulate aircraft tyres must contain no more than 5% oxygen due to issues with brake system overheating and causing tyre explosions . Nitrogen is used due to the fact that it’s non-flammable, easy to store, easier to manage than requiring an air compressor/air drying equipment and it's easy to handle and transport.
Lastly, unless a leak is severe enough to drastically displace the available oxygen in the breathable atmosphere, it’s completely non-toxic in normal amounts.
Nitrogen makes up 78% of the air that surrounds us. The remainder is 21% Oxygen, 0.9% Argon and the rest is made up of trace gasses like Carbon Dioxide, Xenon, Neon and so on. As you can see, the overwhelming majority of air is already Nitrogen.
What does this have to do with tyres?...we did get a little sidetracked there.
What are the myths about Nitrogen filling tyres? 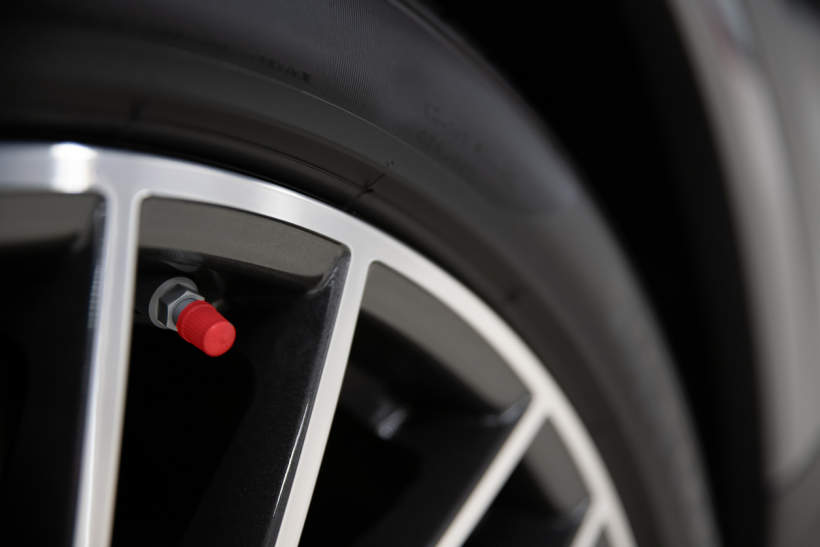 In Australia, a red valve cap indicates the tyre has been inflated with nitrogen gas rather than air

You won’t need to check your tyre pressures.
“Filling your tyres with nitrogen will dramatically reduce the natural pressure loss that occurs when normal air permeates through the rubber that makes up your tyres.”
Technically, this is true. O2 will permeate through tyre rubber about 3-4 times faster than N2 due to oxygen having a smaller molecule size than nitrogen. Although the size difference is only 2.6%.
Since 78% of air is already nitrogen, we can say that 78% of that myth is bogus.
That being said, filling your tyres with nitrogen does NOT mean you can skip checking your tyre pressures. You will still suffer pressure loss to a varying degree (lots of factors involved), and pressures ought to be checked between fortnightly or monthly. With gauges being so cheap, you really don’t have any excuse. Checking your tyre pressures regularly really is the cheapest and easiest way to get the most from your tyres.
Nitrogen reduces internal oxidising in the tyre.
Come on now, nobody has ever replaced a tyre because the internal surfaces were oxidised. While it is true that oxygen is corrosive, in the time that it would take to cause any real damage to the tyre, the tyre would have been worn out and (hopefully) recycled decades prior.
Besides, even if tyre oxidation were a real concern, we’d see oxygen affecting the deep layers on the outside of the tyre too, regardless of what the tyre was inflated with.
Nitrogen responds better to temperature changes.
False. Both Oxygen and Nitrogen are ‘ideal gasses’, which means that their pressure and temperature rise at roughly the same rate. We found a good article here about how the pressure of different gasses change with temperature (spoiler alert: it doesn't make any difference).
The best thing about nitrogen filled tyres is the lack of moisture. Typically, if you inflate your tyres with a simple compressor or hand held pump you will introduce a small amount of moisture into the tyre. As moisture reacts to temperature changes at a higher rate than air you could possibly see higher pressures on air than with ‘dry’ nitrogen filled tyres. You could see similar benefits using a compressor with an industrial-grade air dryer, which is typically out of the price range of the average workshop or home garage. 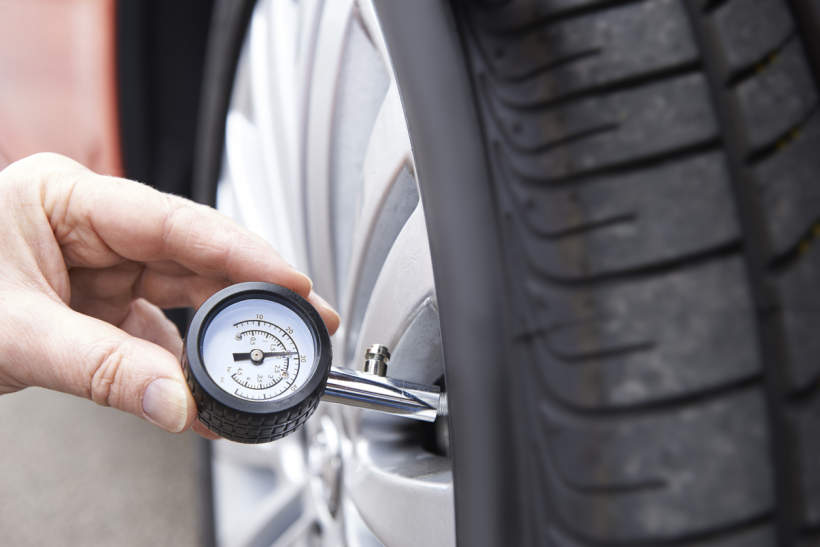 It's easy and quick to check your tyre pressures with a cheap gauge.

So what’s your point?
Basically. it boils down to this: For the everyday commuter or consumer, filling your tyres with nitrogen is something that has no drawbacks but also negligible benefits in the real world. All the benefits an average consumer will get from Nitrogen filled tyres can be gained for free by regularly checking and maintaining correct air pressures. The added benefit of checking pressures frequently is catching leaks and punctures early.
If you can get it for free? Go for it! Your lap times will thank you. Maybe.
If you're asked to pay for it? Don't worry about it, go buy yourself a doughnut or four instead.
If you already have a vehicle that has nitrogen filled tyres, don’t worry, you can top them up with regular old air without any negative side effects.
Final word: If you’re eking out the last seconds from your lap times and performance is key, it might be worth considering Nitrogen filled tyres. Reducing the moisture inside your tyres will result in more consistent temperatures and pressures, otherwise tell ‘em they’re dreamin’.

PRESSURE TEST: DRIVING ON SANDAT OR MT TYRES ON SAND, WHICH IS BEST?Which type of 4WD tyre should I get?Tyre DeflatorsHow to Drive in the Snow - We asked an expert!4wd Air pressure DIY Puncture Repairs the 4PSI Rule
What size tyres will fit my vehicle?Trailer TyresTyre Selection - Performance vs Durability
When do I need new tyres?What should my tyre pressure be?How can I tell what size my Tyres are?Where is my vehicle placard?Wheel BalancingSpace Saver vs Full Size Spare TyresOverloading your 4x4 - it’s easier than you think..Vehicle Inspection Schemes across Australia.What should I do if I get a flat tyre while driving?How a tyre's tread pattern deals with waterAquaplaningMaterials used to construct a tyre
What should my tyre pressure be?The Effects of Over or Under Inflated TyresIs filling your tyres with Nitrogen worth it?Nitrogen in tyresAdvantages of Correct Inflation PressureHow often to check Tyre Pressures
Wheel BalancingOld Tyres - The problems they causeHow to tell exactly when a tyre was manufactured
Everything you’ve wanted to know about wheel alignmentsWhat maintenance needs to be done to my tyres?Is filling your tyres with Nitrogen worth it?How to get blue stuff off new tyresAir PressureTyre Rotation
Load RatingsSpeed RatingOverloading your 4x4 - it’s easier than you think.. Run Flat TyresUTQGS - Uniform Tyre Quality Grading SystemTyre Treads explainedTyre design for trailersTyre Plus SizingLow Rolling Resistance Tyres