We take a long look at the new Falken Wildpeak AT3W, which we've had in both the studio and on our Ford Ranger test rig for over 10,000km.

The Falken AT3W is a brand new all terrain pattern from Falken Tyres, a company which is well known in the US, and is gaining a reputation here in Australia.
This tyre seems to be something that Falken have really thrown everything they could at. If you talk to most people around the traps, the predecessor to this tyre, the Falken AT2, had its issues, including shoulders that had less depth between the blocks, in an apparent effort to decrease road noise and increase cornering capability. Unfortunately this back fired, as when the tyres wore to about 50% it seemed like, looking at the shoulders, they were entirely worn out. This caused police to write tickets, noses to get out of joint and customers to get grumpy... not a good situation.
The AT3W is an entirely different kettle of fish, though. Falken have taken the time to create a new tyre that has a whole bunch of technology in it that really seems to resonate with the current all terrain market.
Included in that technology are things like “heat diffusing technology” and “3D Canyon Sipe Technology”. The heat diffusing stuff is good, as that means the tyre won’t heat up as much as it may have otherwise, which in turn means that the rubber compound is less likely to denature. This is good in circumstances like where you’ve aired down for off road or sand, or if you’re carrying a particularly heavy load and the tyre is squashed out of form. 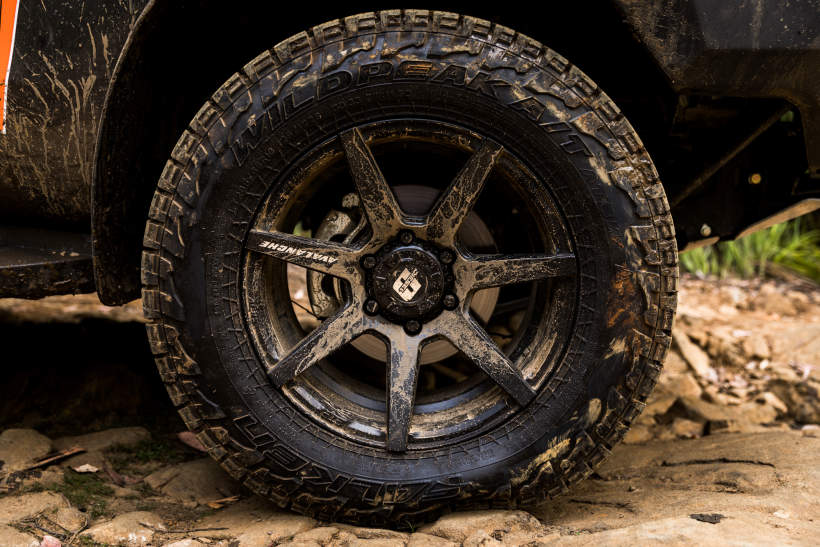 The 3D Canyon Sipes are an interesting sounding thing, and it’s almost an evolution of the idea that they had with the AT2, where the tread blocks on the shoulder only had half depth grooves between them. In the AT3W, however, they’ve opted for larger blocks with sipes that will lock together when you’re on the road, but also allow the tyre to conform around the terrain off road.
As the name kinda states, Falken has tried to create a tyre that works well in three different areas: wear, winter and wet performance. Have they achieved that? Let’s find out. 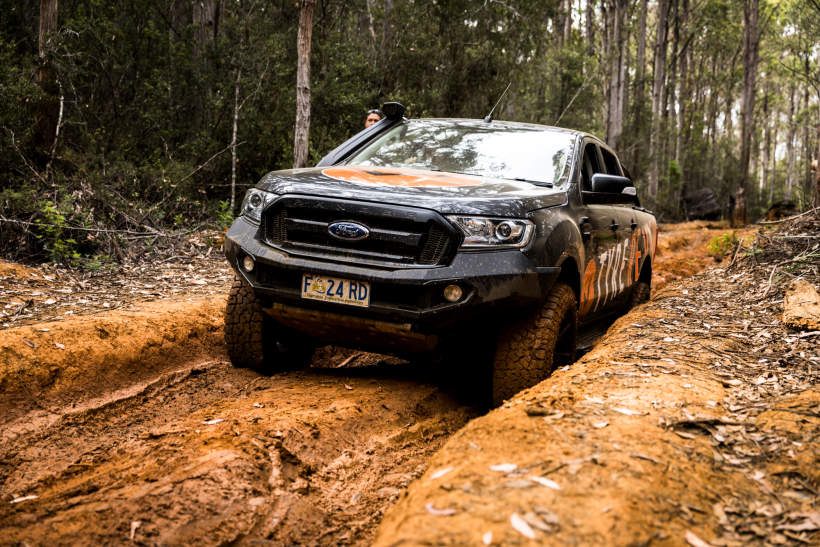 First up, one thing I have to state about the Falken AT3W is just how aggressive they look. Its particularly common these days that off road tyres will be purchased for their looks, and never actually touch the dirt, and I can imagine that these tyres will tick that box for those sorts of purchasers.
The presence of these tyres on the car is excellent, and I actually had a number of people comment how good they look, which I’ve not had with another set of tyres since.
I ran these tyres for about 15,000 km over 8 months, through winter, spring and summer, and took them on some serious adventures. They took me to the snow, through serious sloppy gravel/mud mix, off roading, as well as on the bitumen, gravel and... wait for it... the race track! 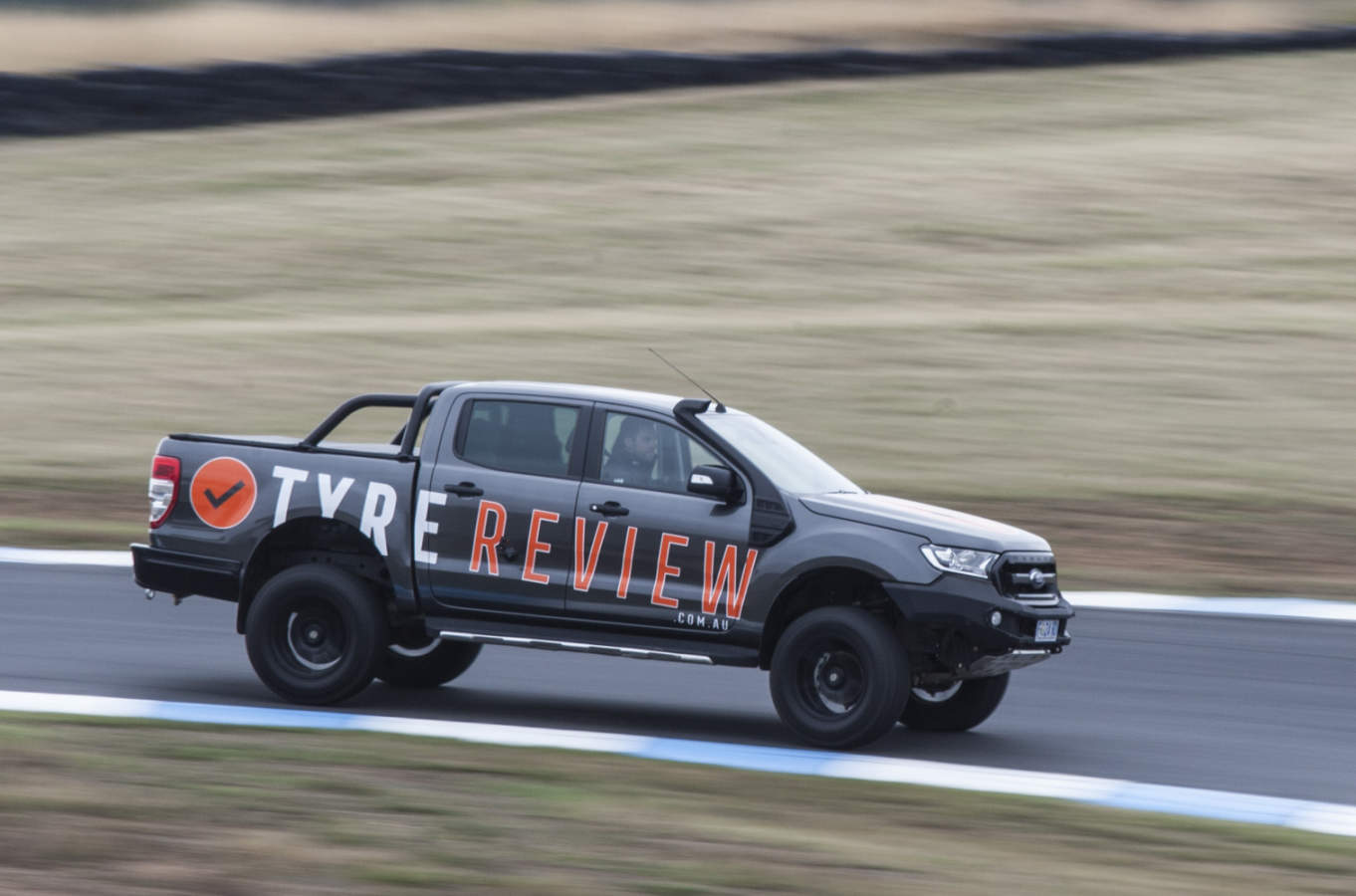 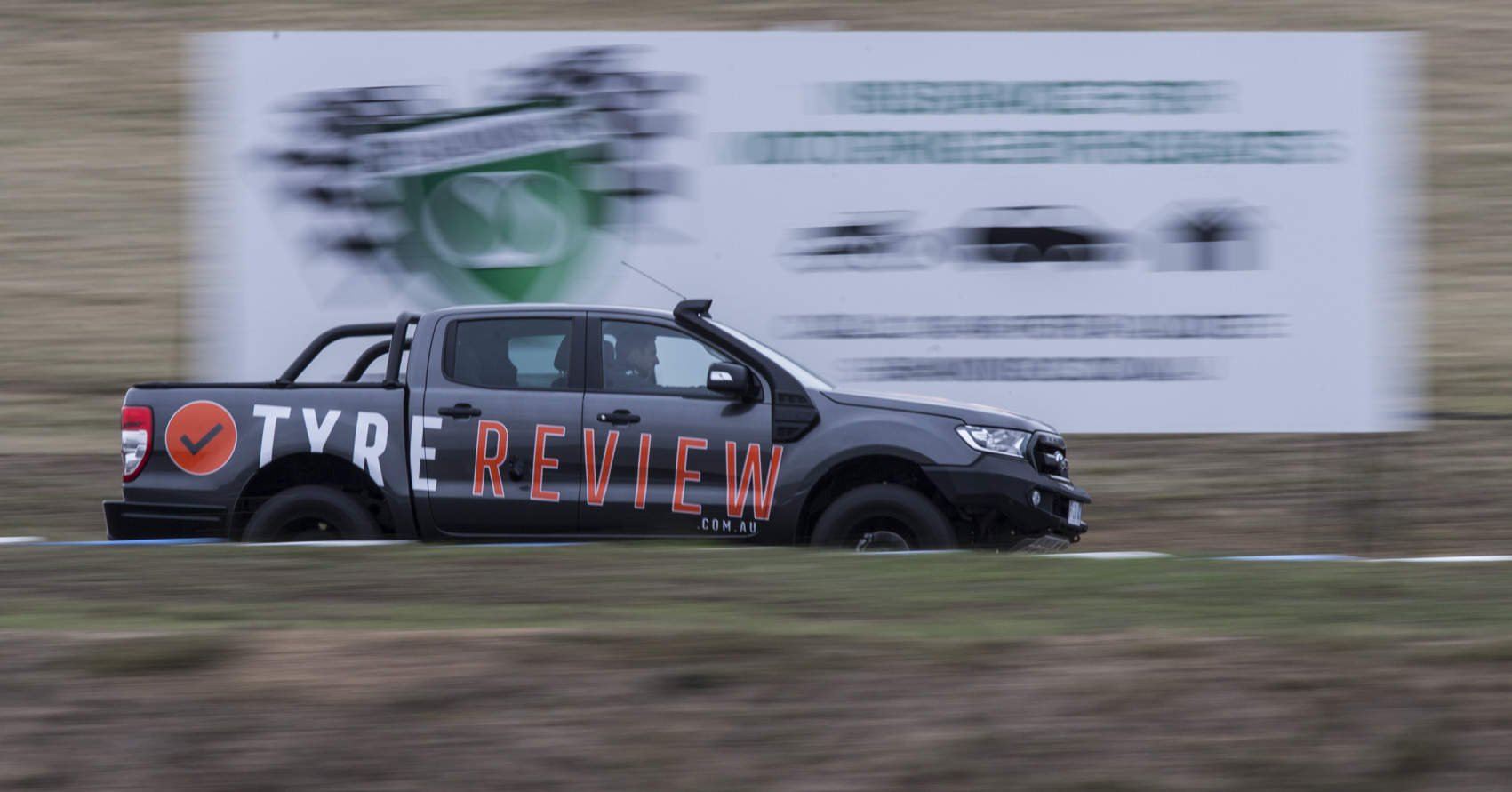 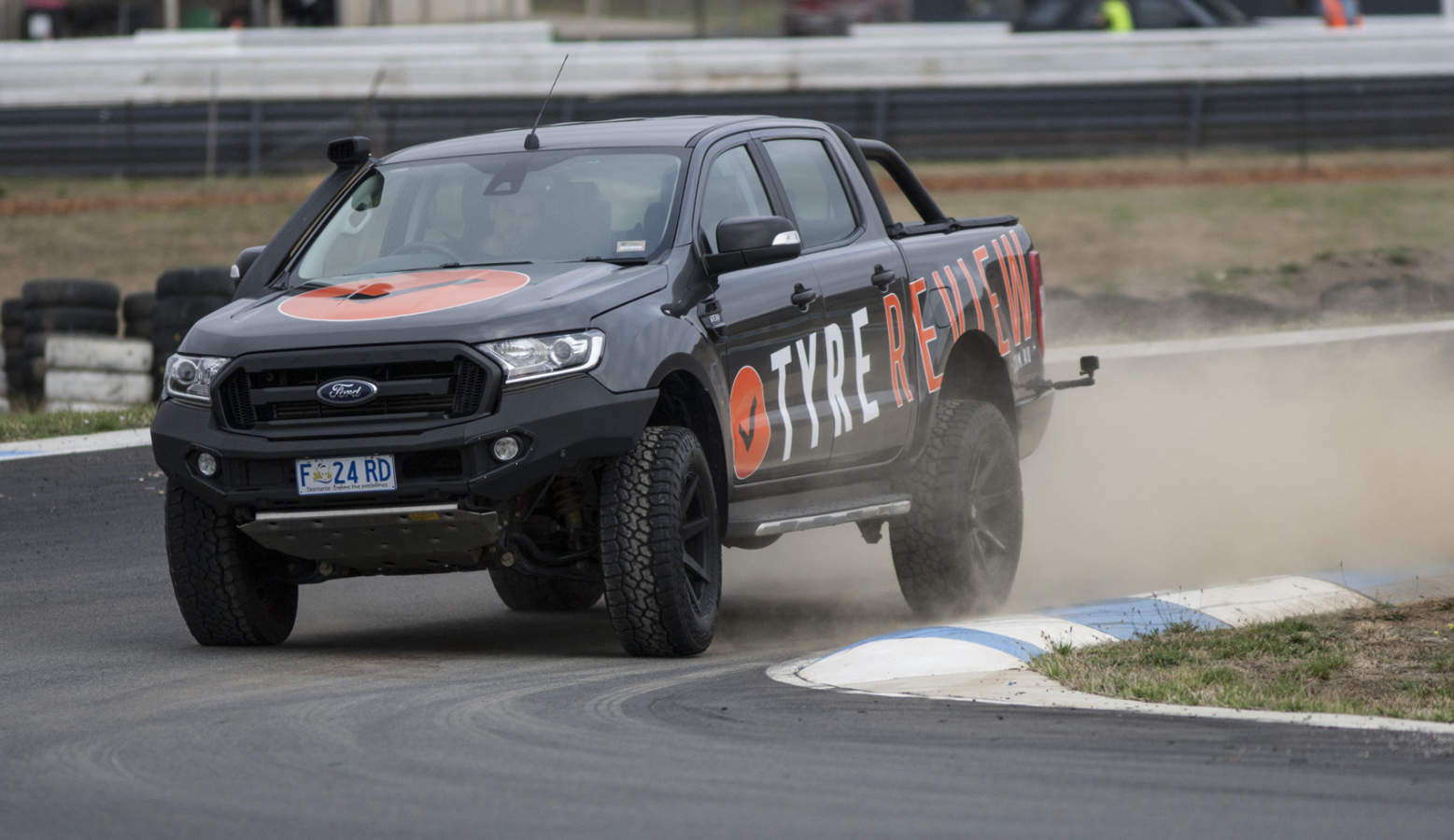 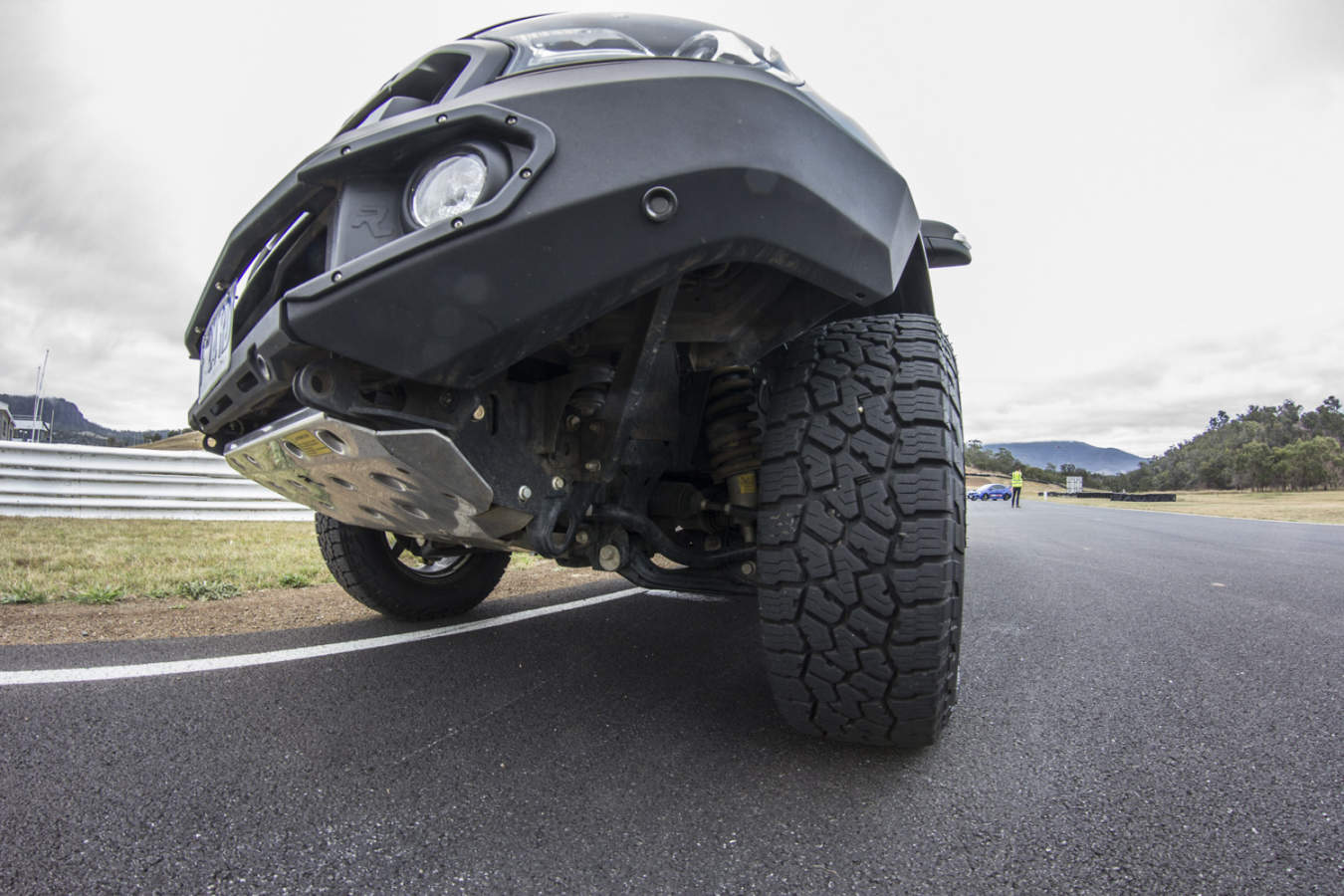 Okay, first things first, I’m particularly impressed with these tyres. They were confidence inducing, aggressive off road and very well mannered on the road.
For the day-to-day commute, I noticed that even though the tyres looked aggressive they were very quiet, maybe only marginally noisier than the road tyres that the vehicle had on prior. They did increase in their noise slightly over the 10,000, but that was probably after they bedded in and wore off the factory coating.
Braking, handling and acceleration in the dry were all spot on. They were also great in the wet, with no complaints – I drive fairly hard in both the dry and wet, and didn’t have a drama. As they’re mounted on a dual cab ute, I can also rate them on the usual All Terrain wet-roundabout slide factor: They held the road well, while I did have to back off slightly on some roundabouts that have more camber. As is usual with most All Terrain tyres, you can also get them into a slide if you poke the accelerator more than you should do going around a roundabout in a big car in the wet. Any slide that did happen (with the traction control off) was easily manageable, and I could pull it back into line pretty quickly with only mild embarrassment.
As I mentioned before, I had the chance to take these tyres onto a race track – woo! The track in question was an historic short track here in Tasmania, Baskerville Raceway. Up and downhill twisty bits, with a short straight, and a not so short straight, to really wring as much as you can out of the 3.2 litre diesel. Yeah, nah. 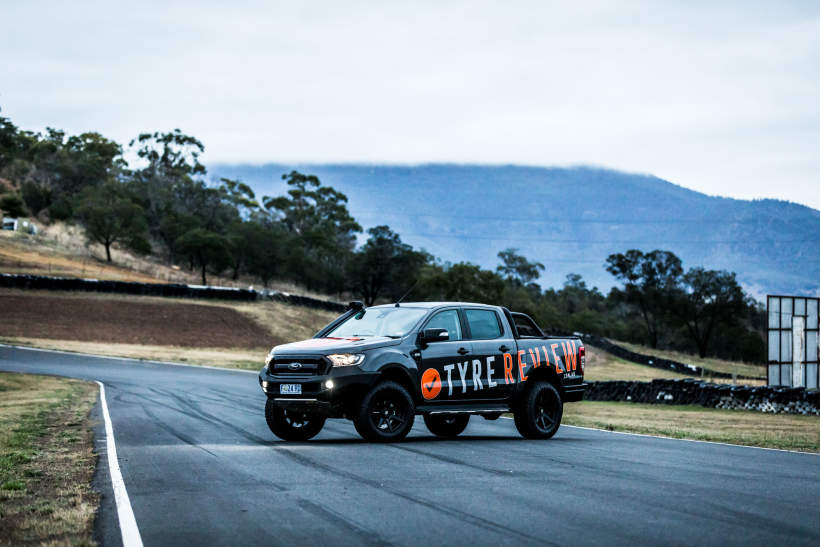 With the suspension firmed right up, I was really surprised with the handling of both the ute, and the traction of the tyres. For a big two tonne vehicle on a short track with diesel powered acceleration (read: not much), I had a heckuva lot of fun picking my lines and pushing the tyres right to their edge. They would let out broad, deep sounding yells through the corners, but only once or twice did I manage to get them to really break loose. I’m no track driver, but the tyres did their best to help me through the twisties in a reasonably orderly fashion. I’ve no doubt that with some other tyres I would have been in the weeds in no time.
On the gravel and moderately slushy stuff, the tyres gripped and provided excellent control. I have a small amount of poke on my Ranger (the tyres slightly outside the guards) and they did manage to coat the sides of the car fairly quickly, but that would happen with pretty much any tyre.
These tyres are Three-Peak Mountain Snowflake (3PMSF) rated, which means they’re expected to provide more snow traction than a Mud+Snow rated tyre, and they certainly did that. While I only got a short play in shin deep snow, the tyres certainly looked like they would provide excellent grip and snow packing capability, making for a positive experience should you take them into the snowy high country. 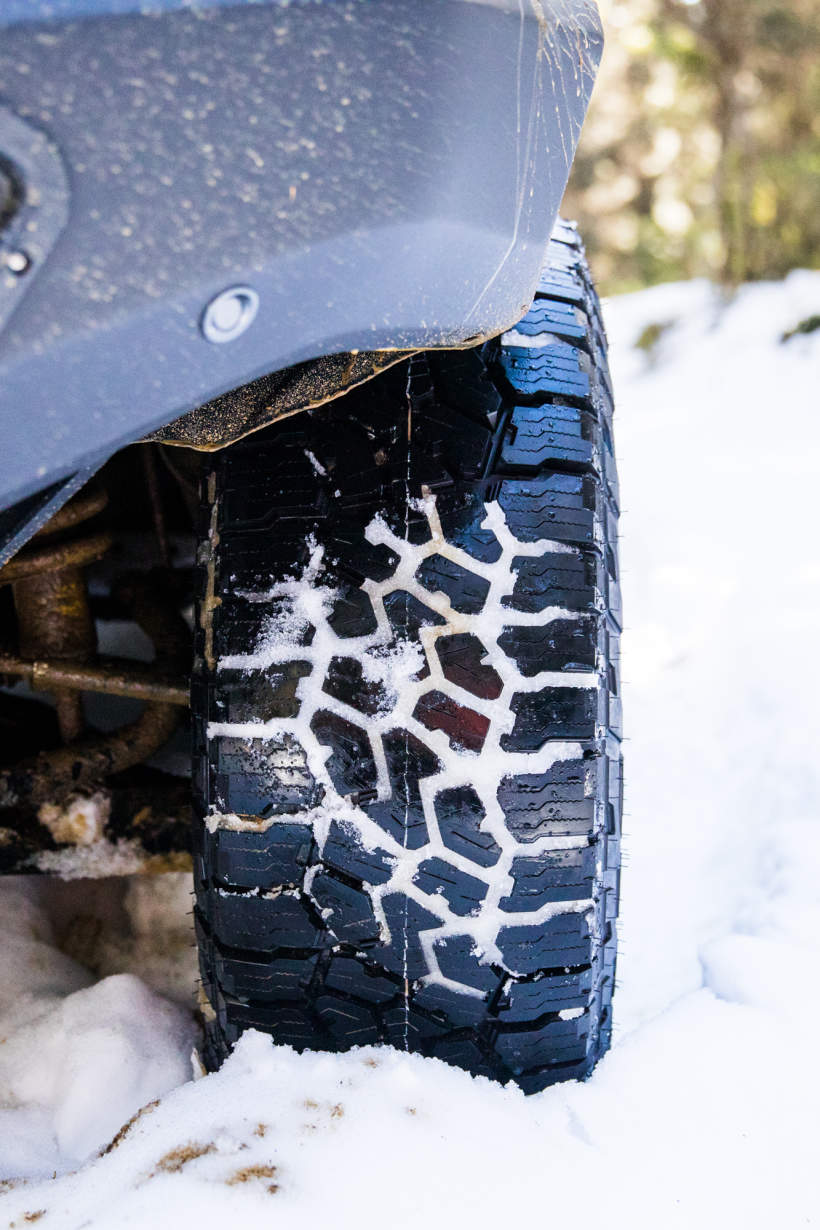 Getting into the serious off road, we took these on a couple of tracks and they excelled. On one particular track I was following a modern Landcruiser that was equipped with a set of well known all terrains, and the Ranga still managed to climb straight out of a hole that he had much difficulty with... that’s always nice ;)
The tyres clear themselves well of mud, which is to be expected. They also don’t slide too easily in slippery situations and encourage you to point and shoot to the extent of your ability.
Treadwear over the distance travelled was great, particularly considering that there was a couple of hours on the track and some serious braking stops from 120 down to zero as well. The tyres started out with 13.5mm of tread when brand new, and now have 11.6mm after 14,500km of hard driving. Using our back-of-a-beer-coaster maths, this means that the tyres might have another 77,078km of driving to go before they have the minimum tread depth of 1.5mm and desperately need replacement, which means that they could go for a total distance of about 91,578km at the current rate of burn, so that points to them being a reasonably long wearing tyre. 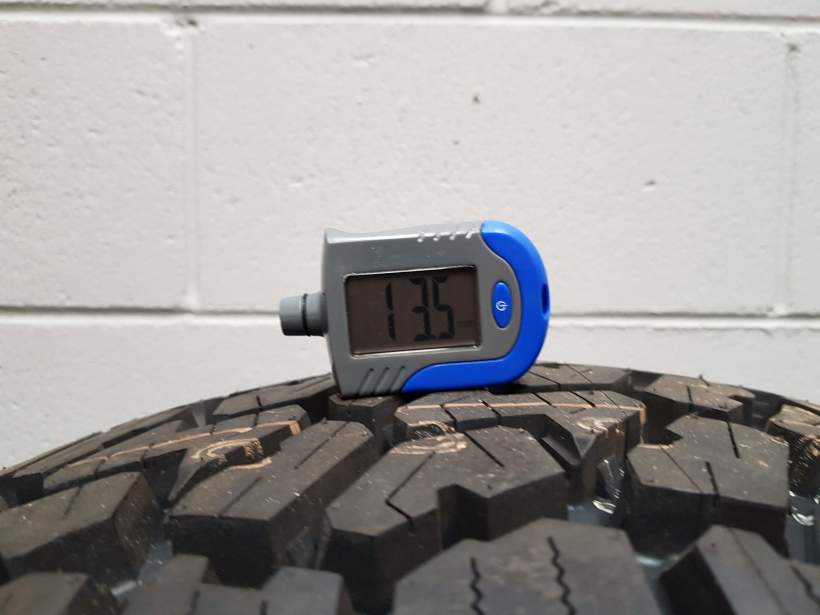 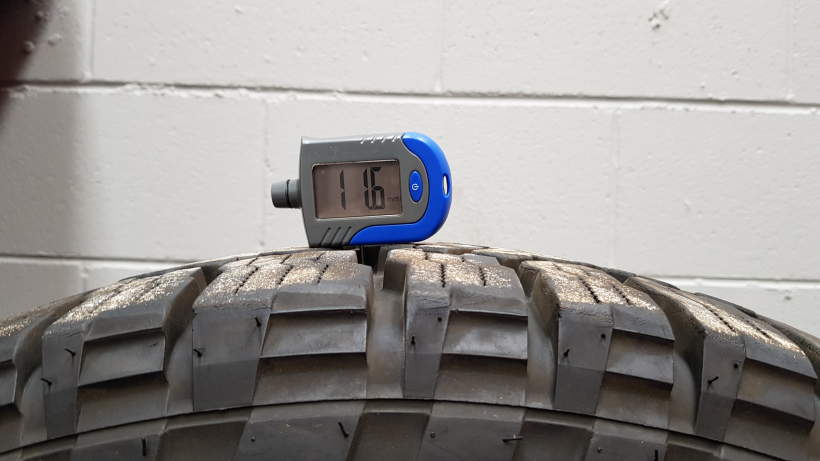 One thing I will note with these tyres is that the ride quality is perhaps not as cushy as you might get with other tyres. I guess they’re designed to be serious off road tyres that perform well on the road as well, but in the Ranger, which has aftermarket but stiff suspension in the read, I certainly noticed the bump more than with some other all terrains. Still, that’s a small price to pay for the other positives that the tyres offer up.
Summing up, the value of these tyres is excellent. They perform well on and off road, look good, aren’t noisy, and with an RRP of around $189 to $369 per corner ($339-369 for the 285/65 R18 tested), they’re certainly tyres that I would be expecting to see more and more of around the traps.
Approximate prices (3 stores mystery shopped)
Range (smallest to largest tyres available): $189 - $369
Size tested retail price: $339 - $369 (285/65R18) 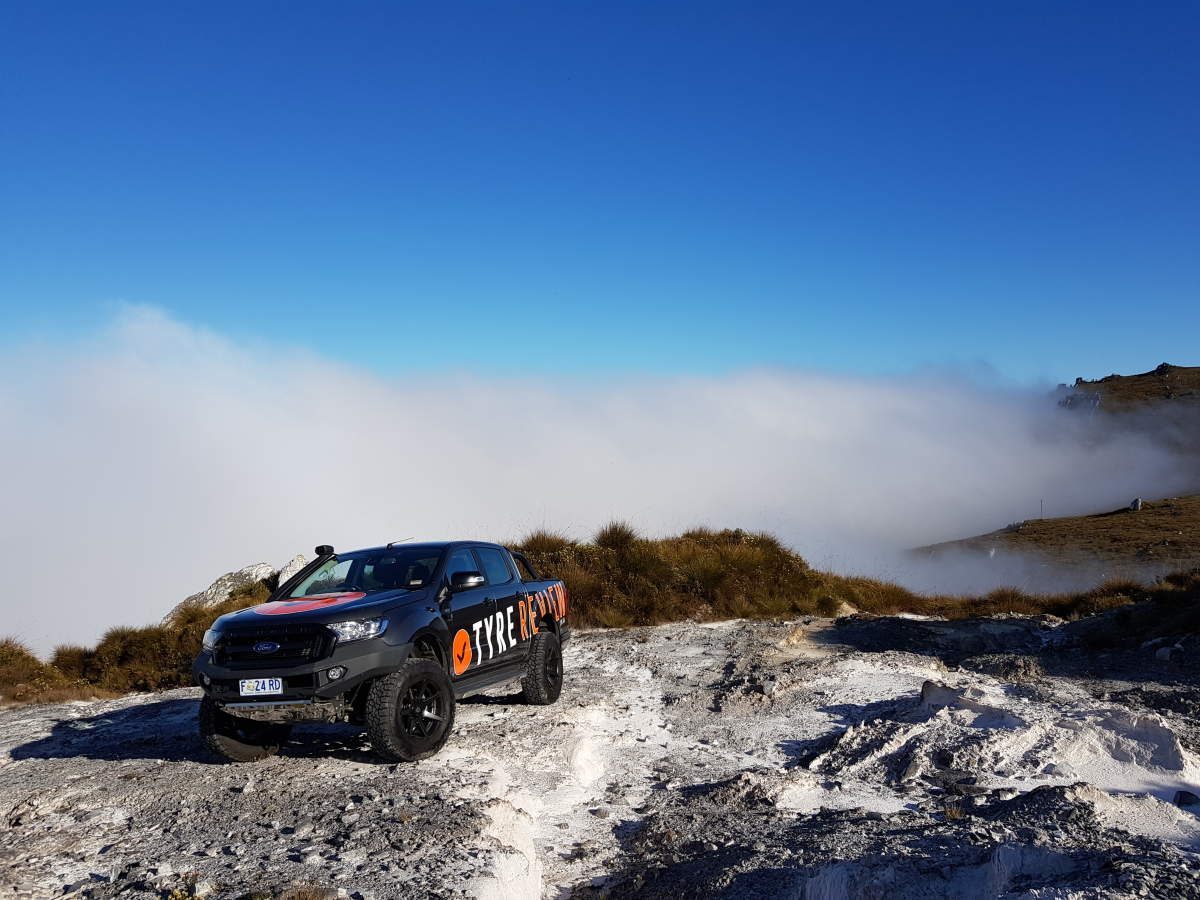 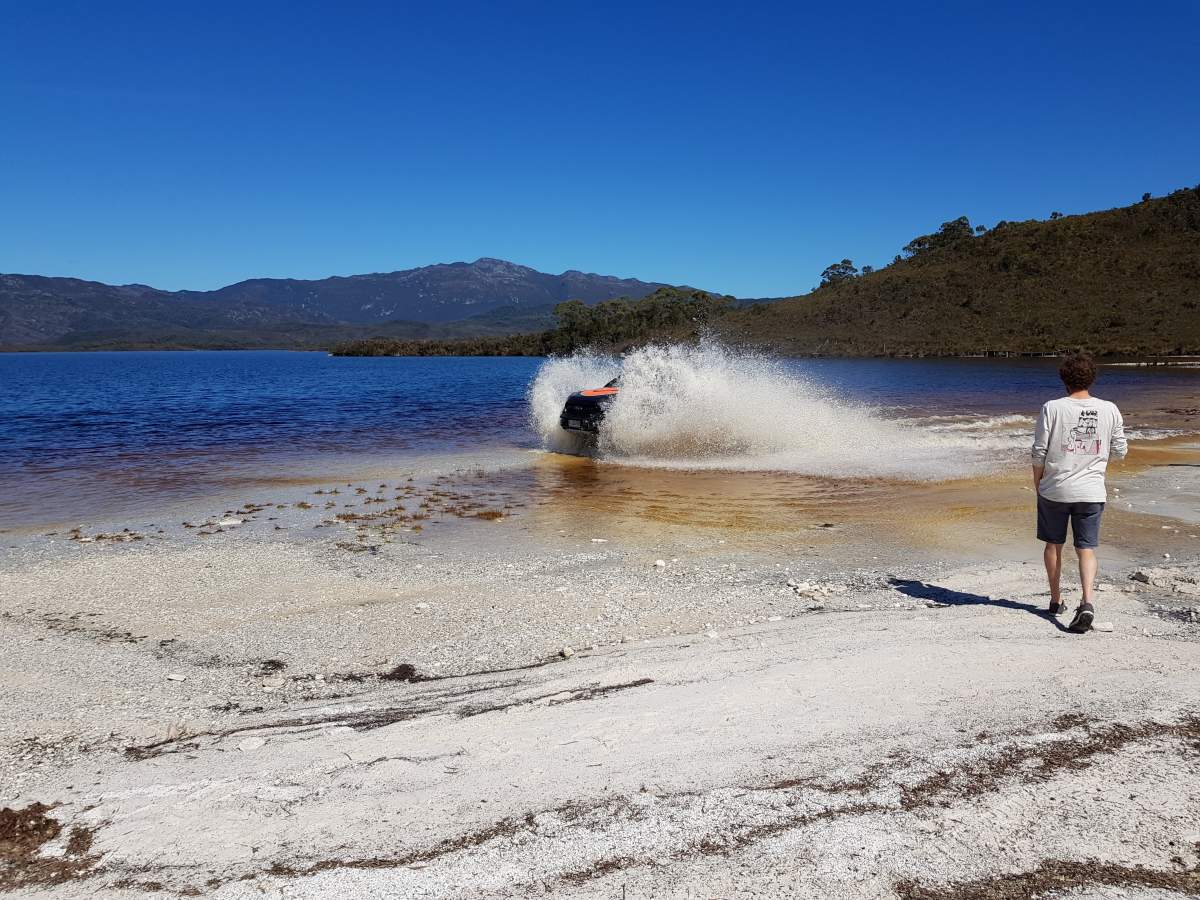 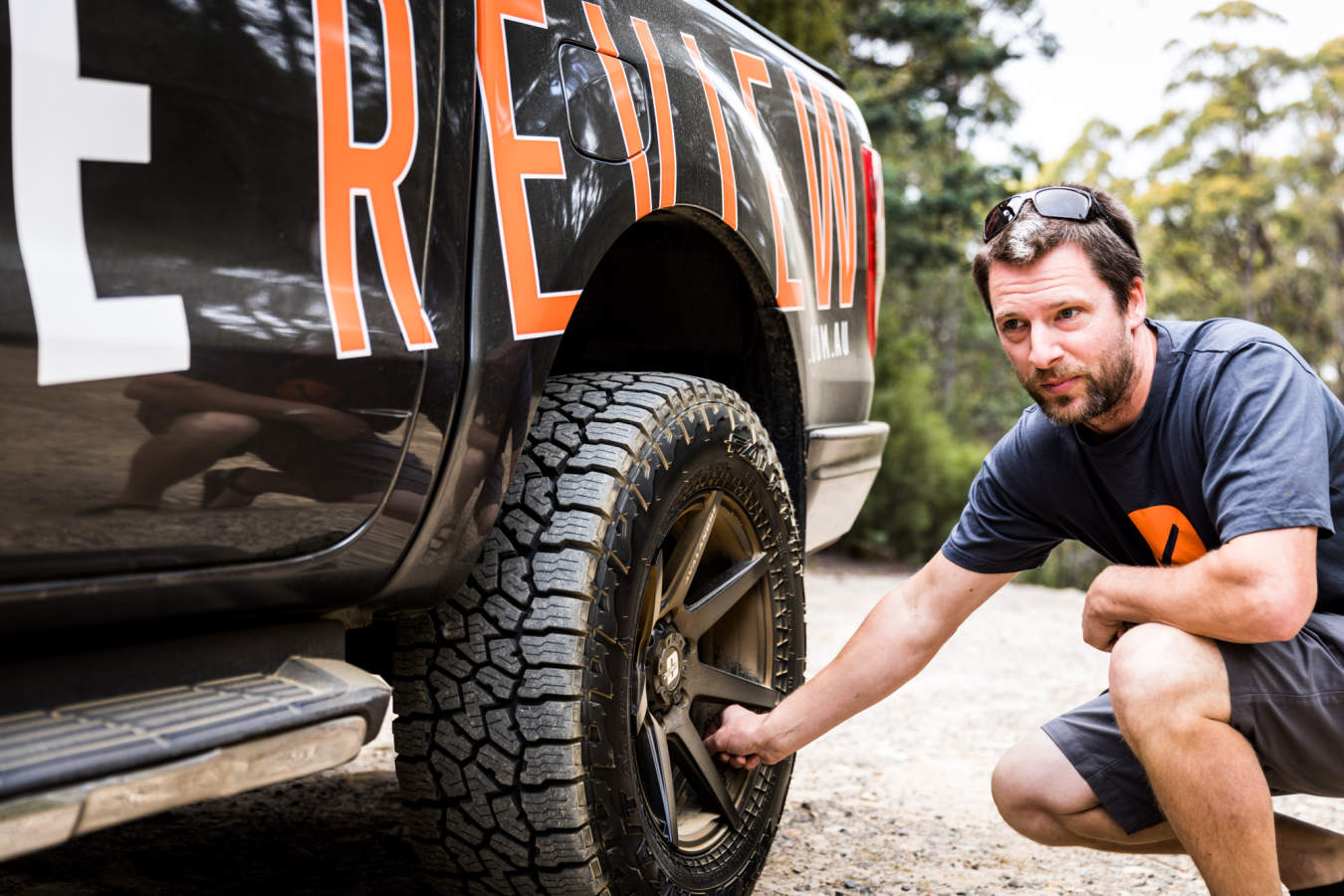 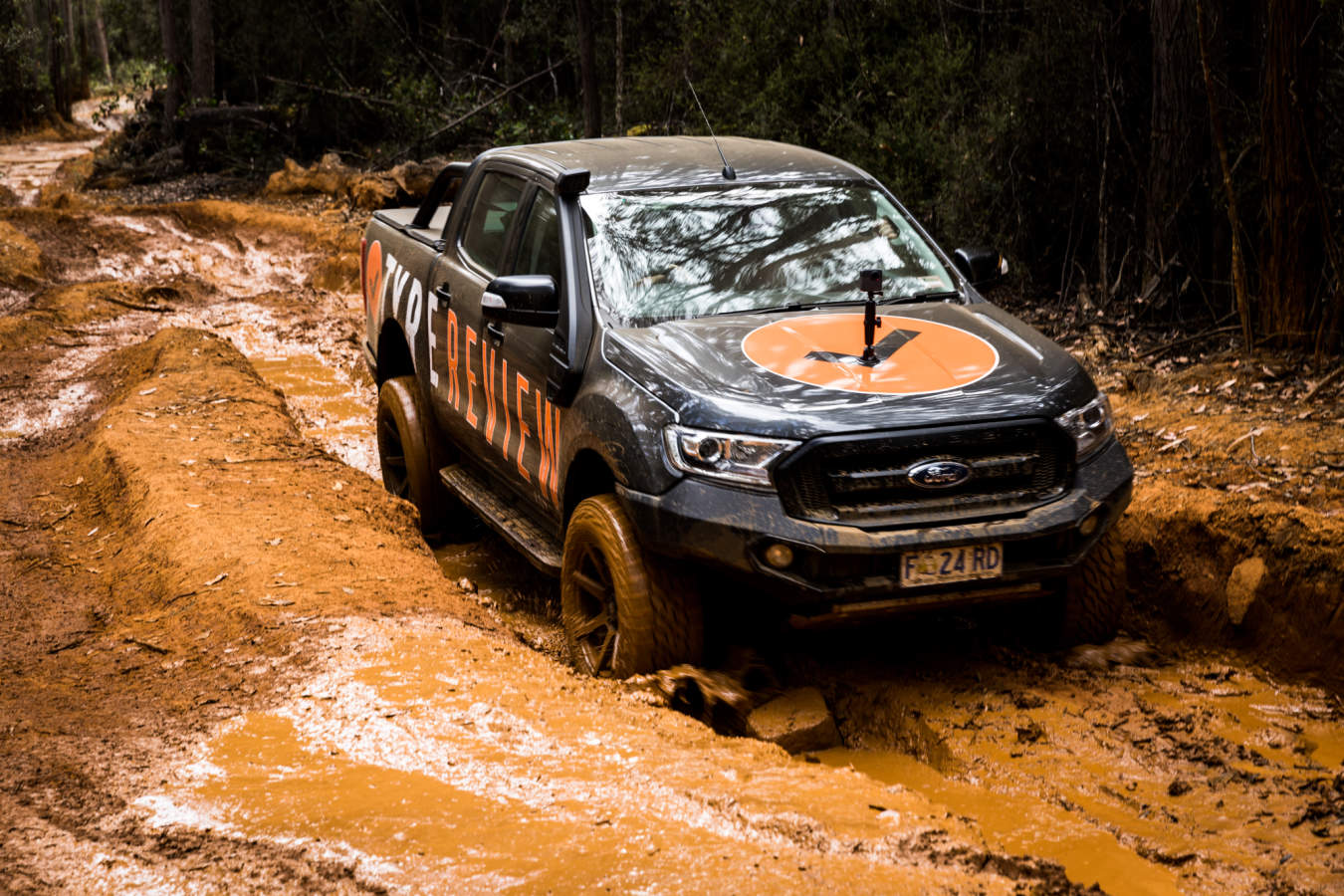 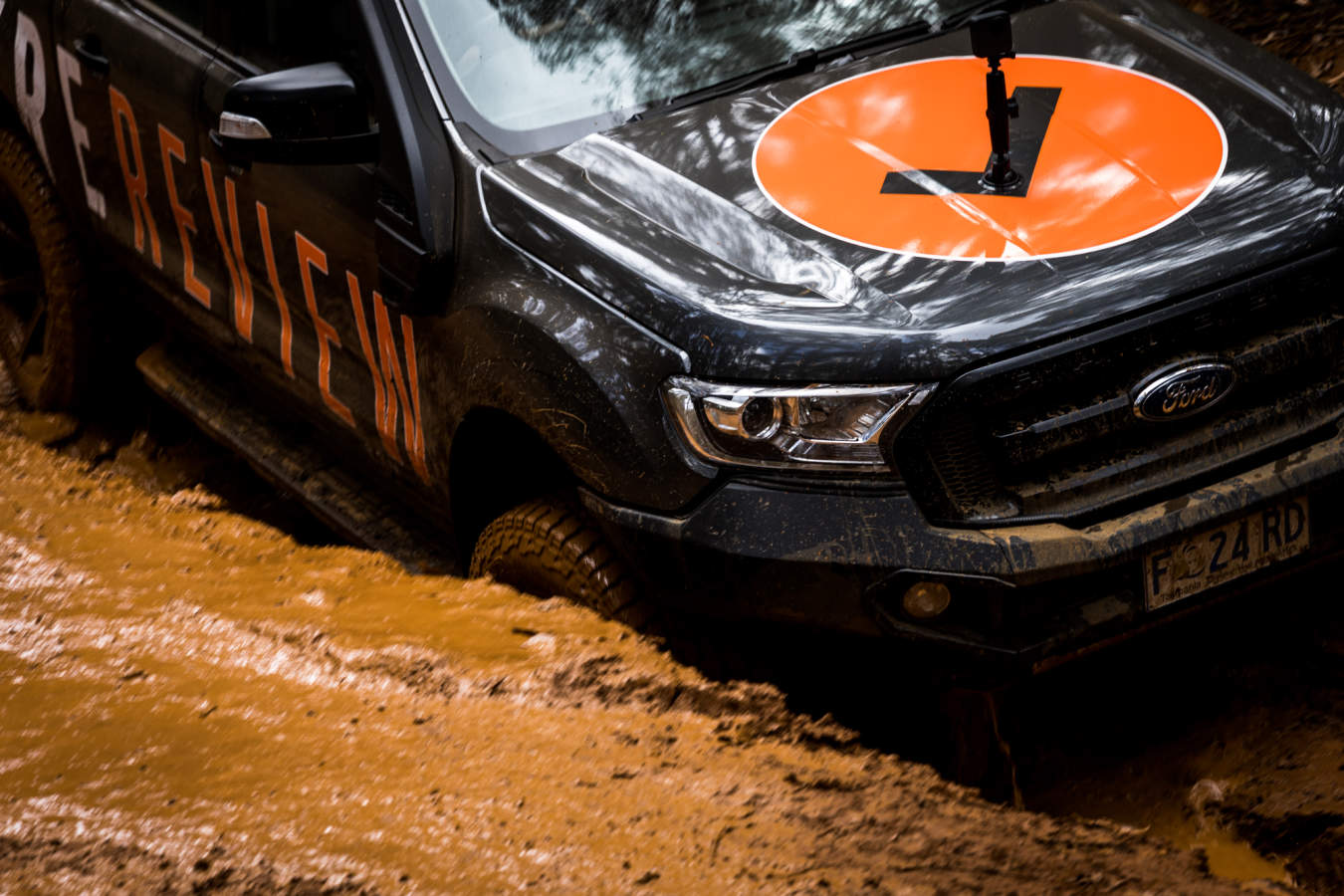 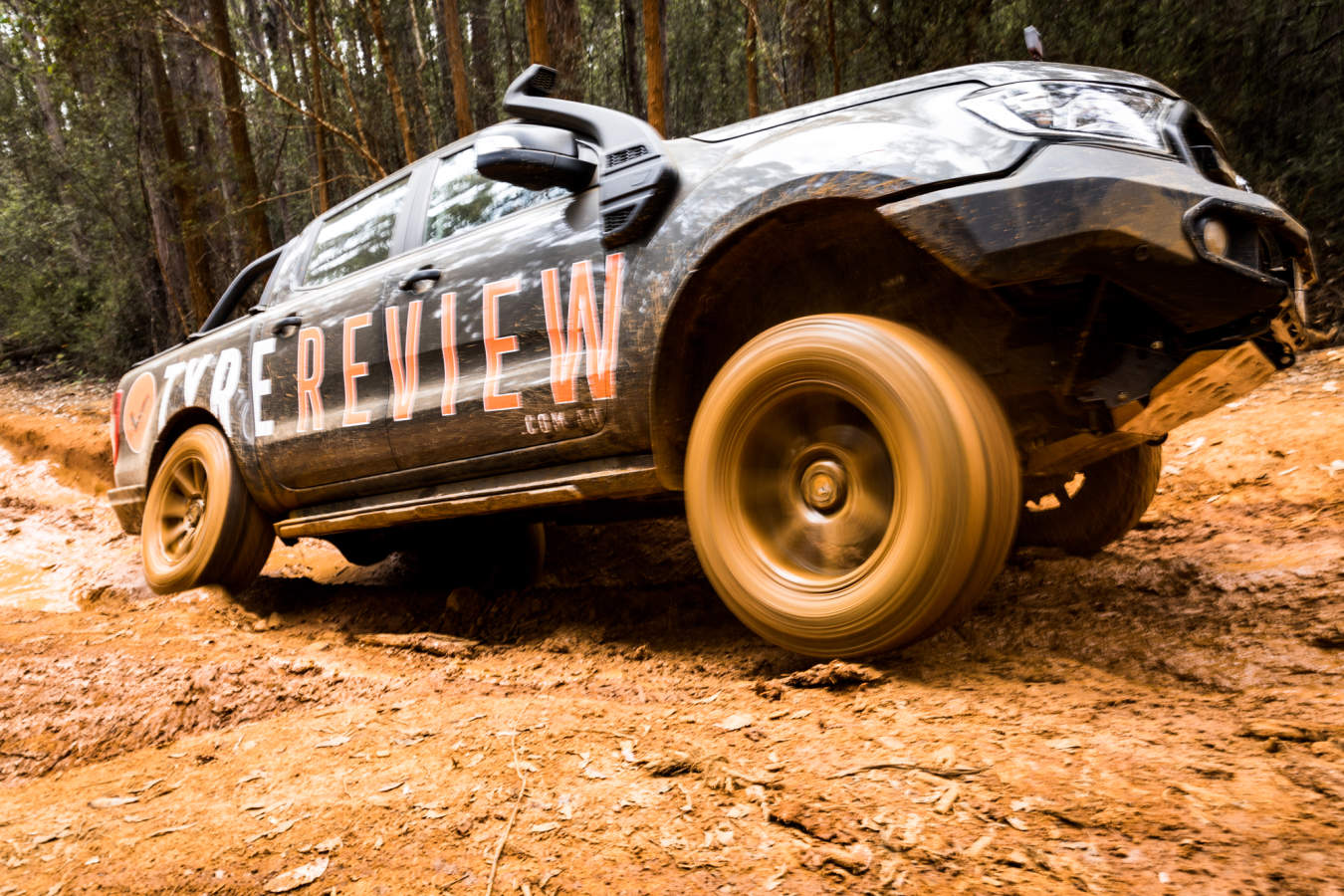 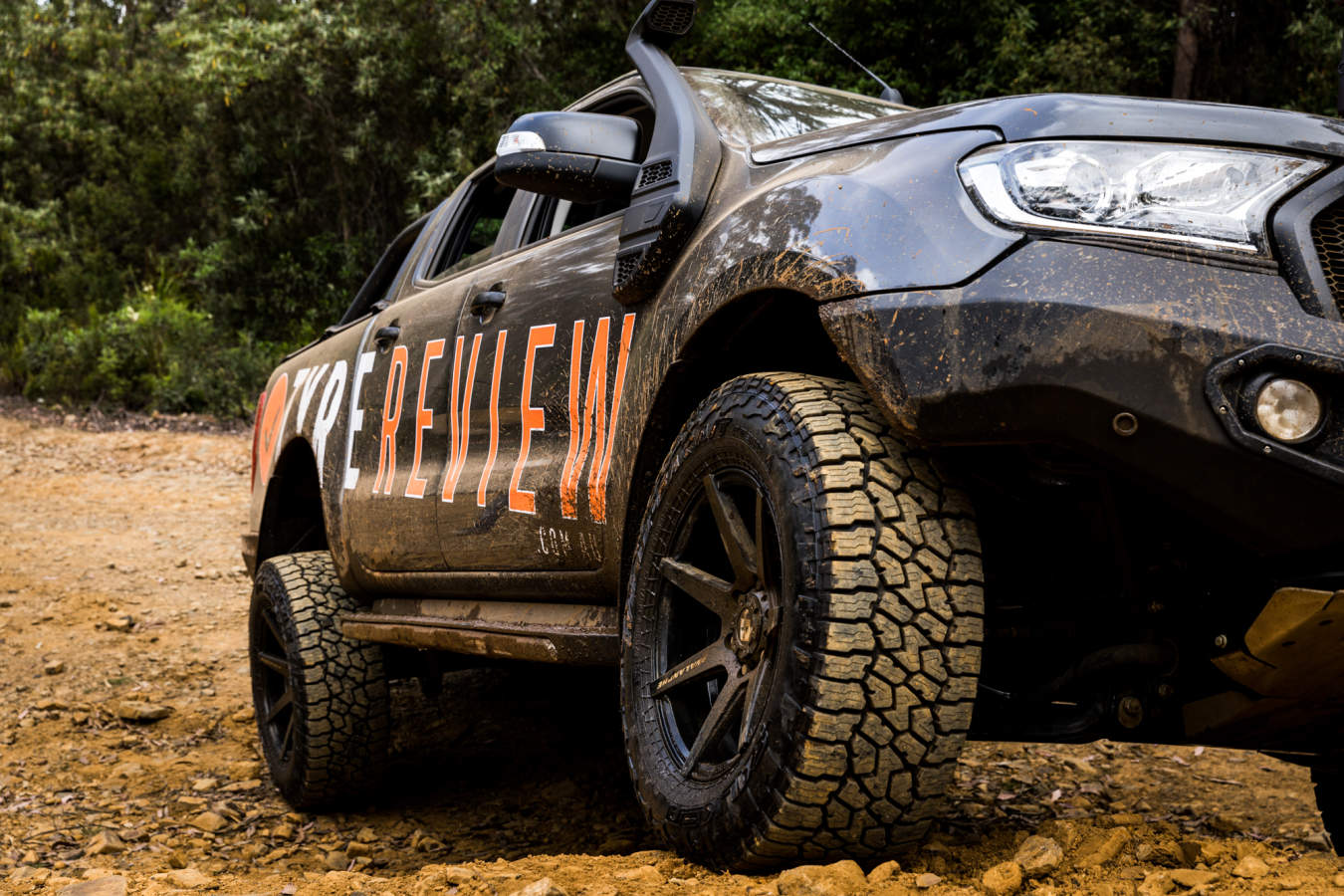 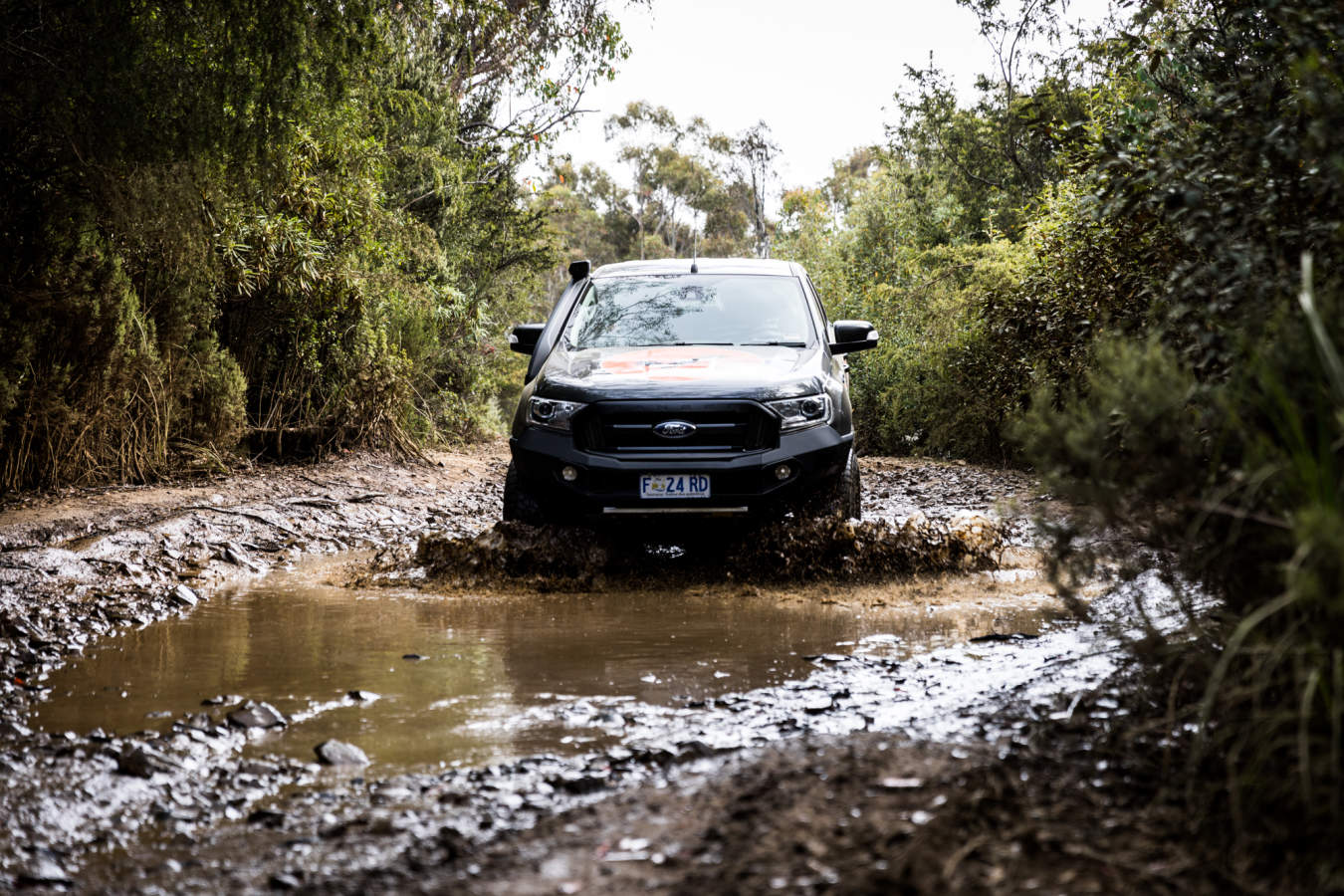 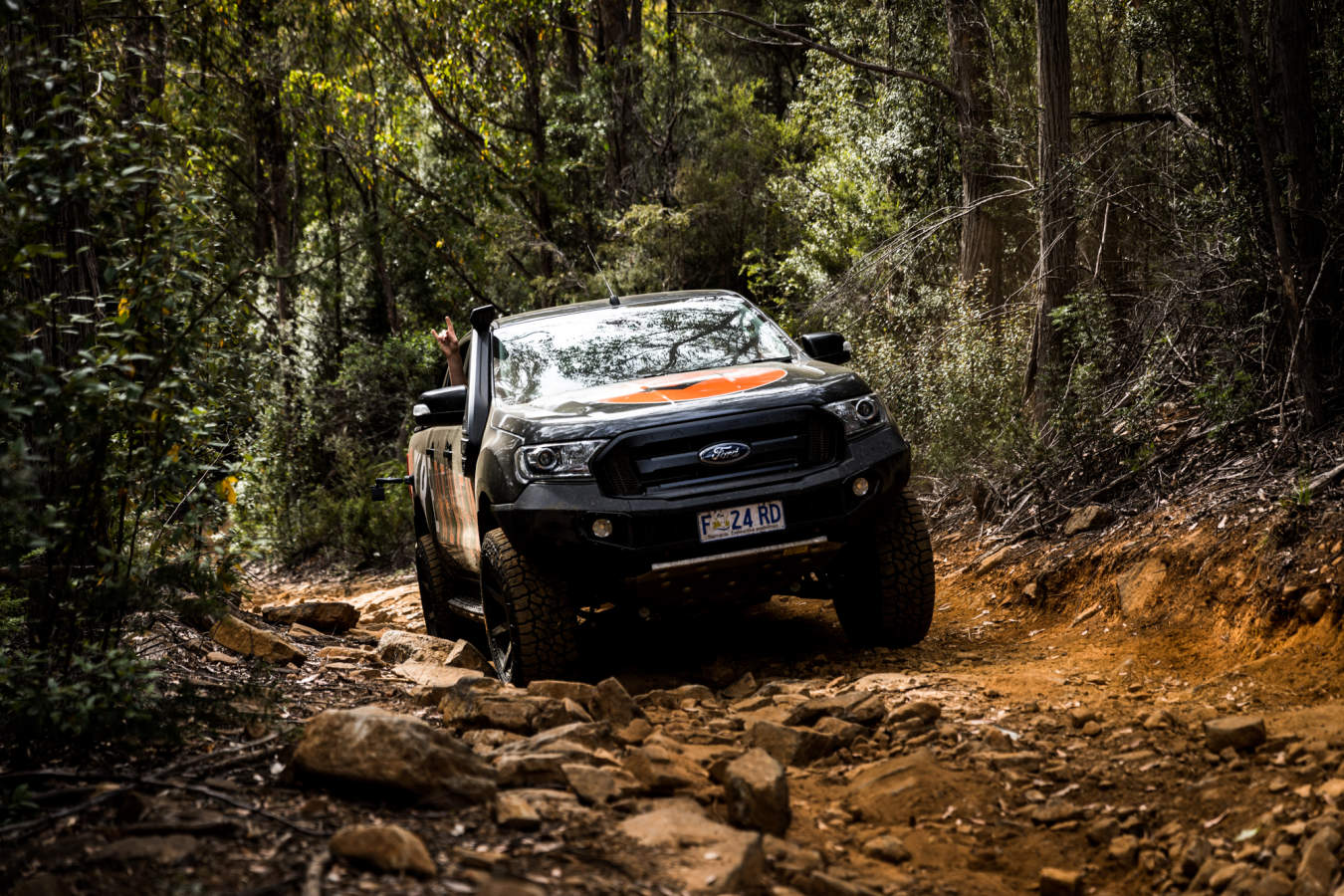 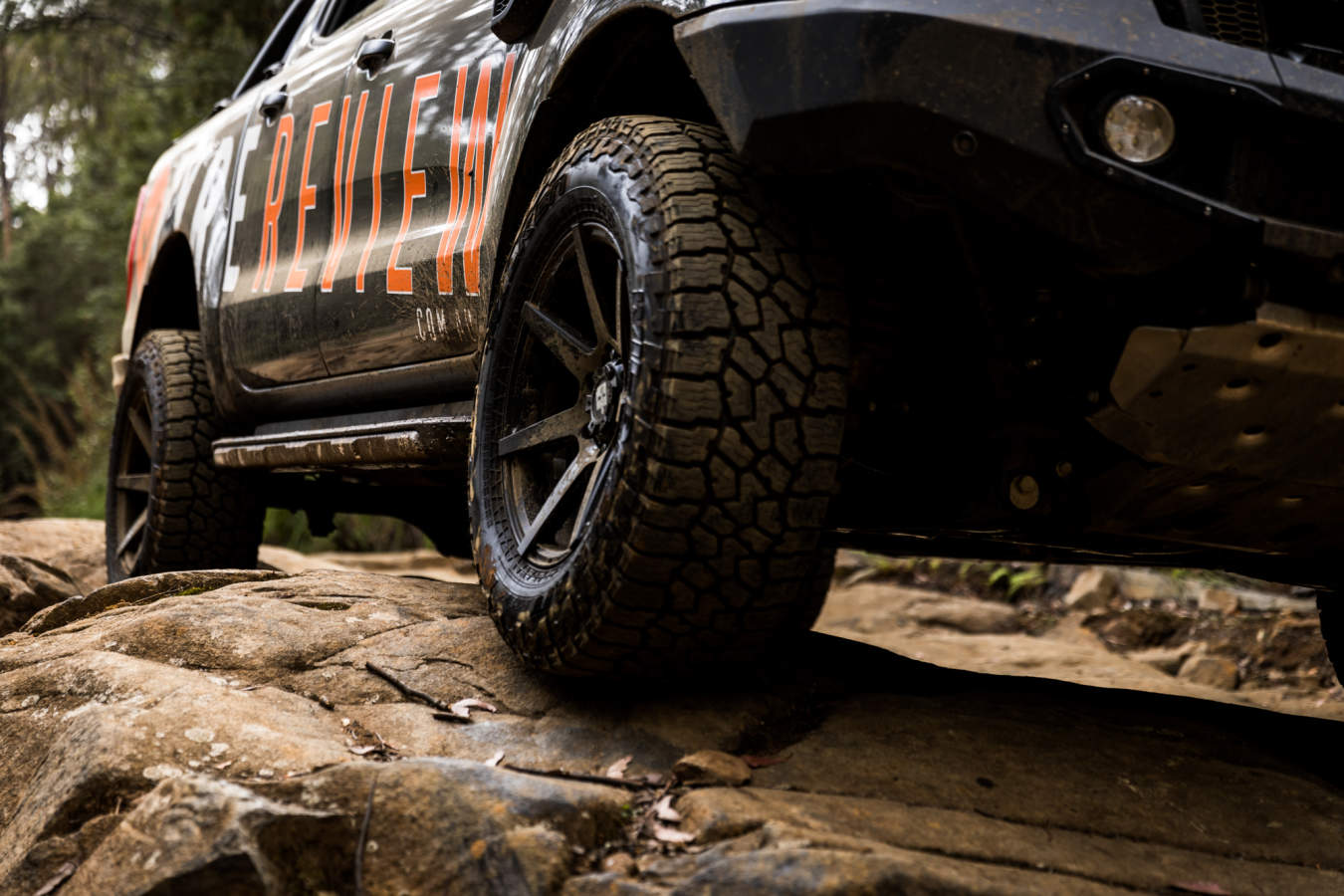 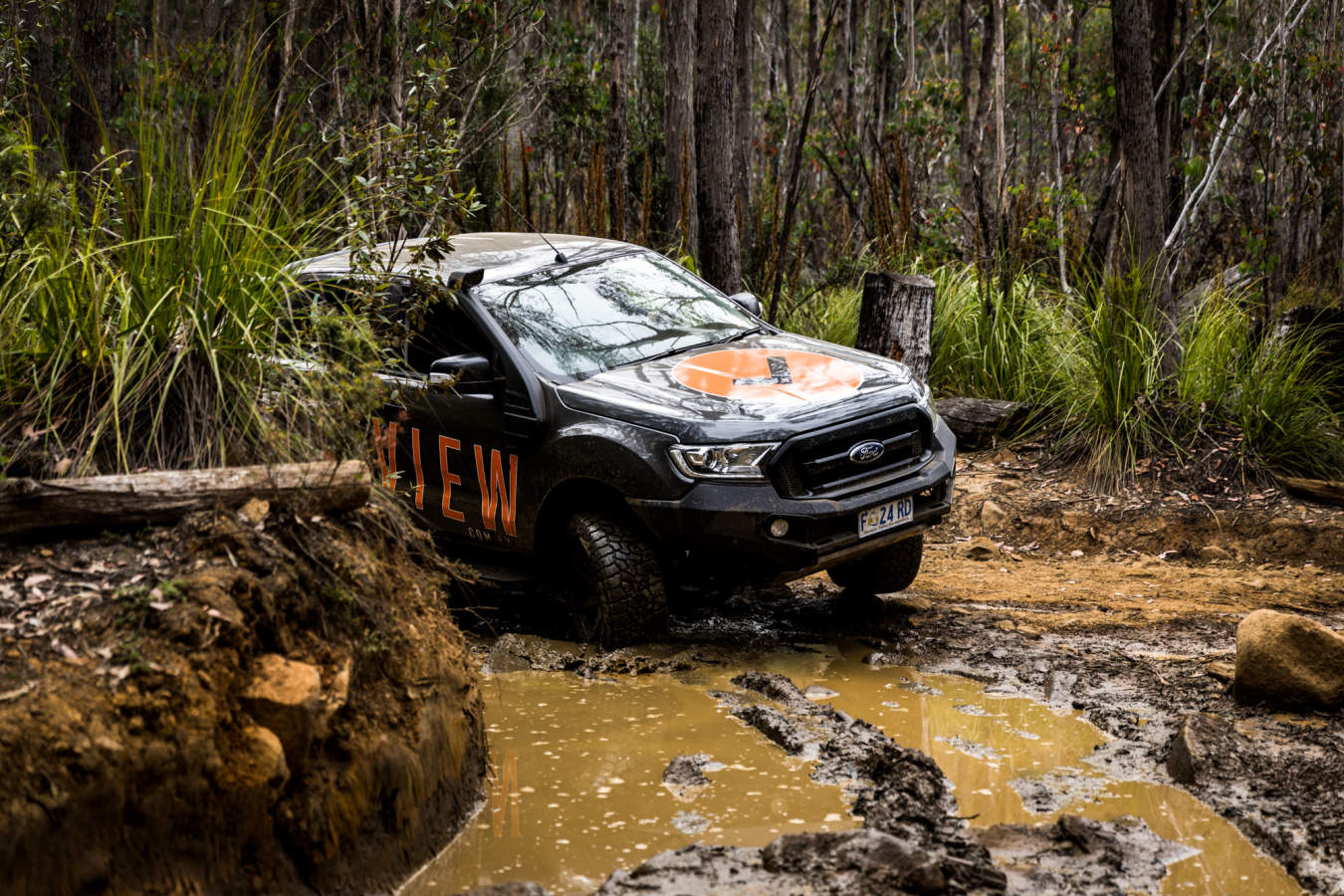 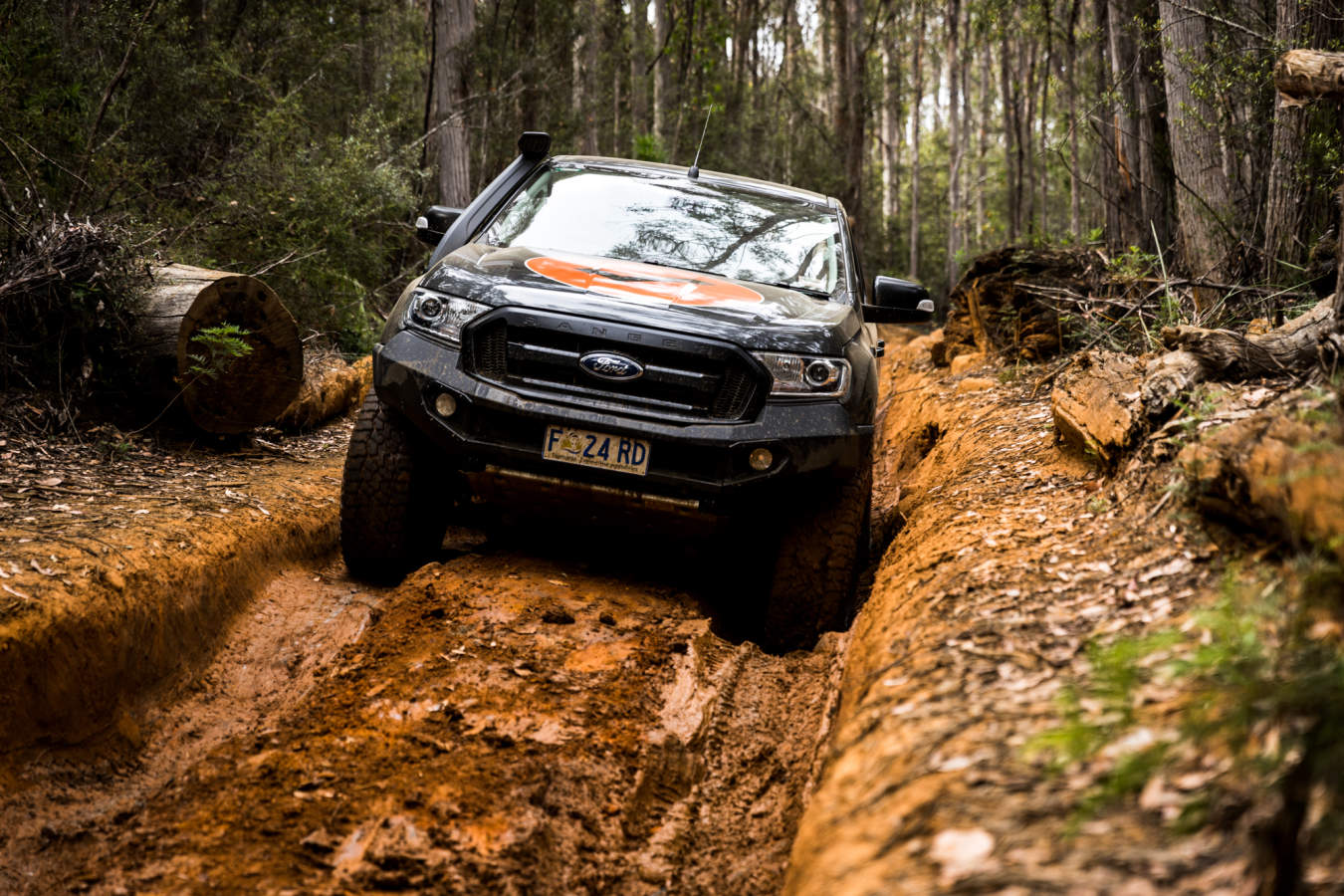 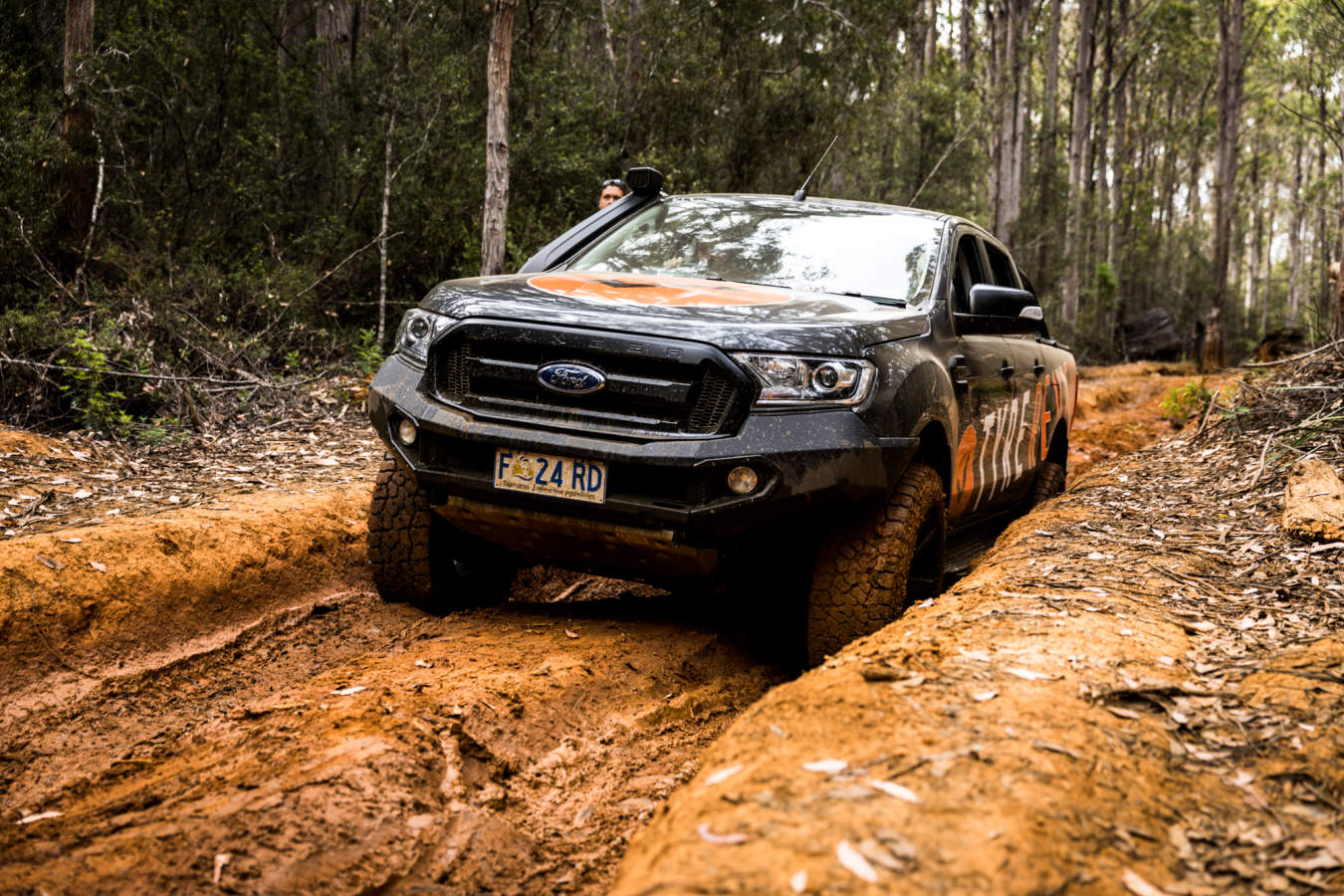 We take a look at the brand new Falken Wildpeak AT3W All Terrain tyre, which will be equipped to our Ford Ranger as a long term test vehicle.Read the full article >

We've driven on the Falken Wildpeak AT3W for over 10,000km - get our opinion on these tyres right here!Read the full article >