Most of us have heard the name ‘Mickey Thompson’, a brand synonymous with quality tyres. But do you know of the dark events surrounding the man behind the brand?

Most of us have heard the name ‘Mickey Thompson’. As a brand, Mickey Thompson are known worldwide for their high performance tyres and wheels. As a person, he set more speed and endurance records than any other man in automotive history. 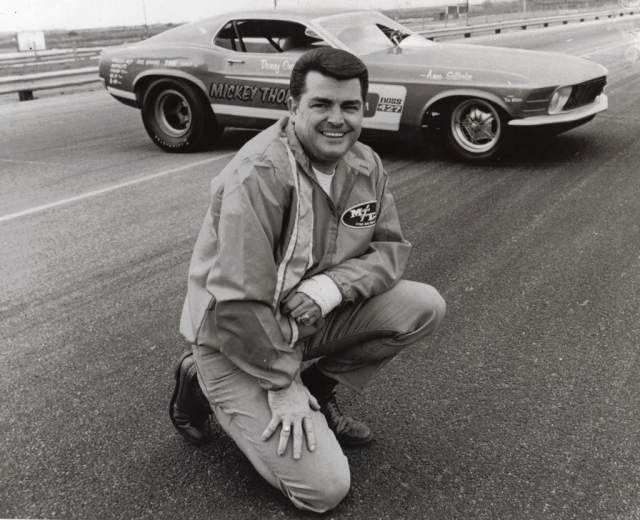 But did you know that Mickey Thompson and his wife Trudy were tragically and horrifically murdered? And that their murders were a crime that remained unsolved for almost 20 years?
Well I certainly didn’t. Until one day, whilst doing research for an article about off-road tyres, I stumbled across the fact. And then, I just couldn’t stop reading...
Early on in his career, Mickey Thompson pursued land speed records, achieving international fame in 1960 when he became the first American to break the 400mph (for us Aussies, that’s around 644km/ph) barrier. He achieved this record whilst driving his Challenger 1 and reached a speed of 406.60mph (654.36km/ph).
Thompson then turned his interests to racing across a diverse range of auto racing categories, winning a stack of track and dragster championships in the process. Look them up - there’s loads.
So ok, that’s most likely the Mickey Thompson story that you’re familiar with. Daredevil. Risk taker. Champion. 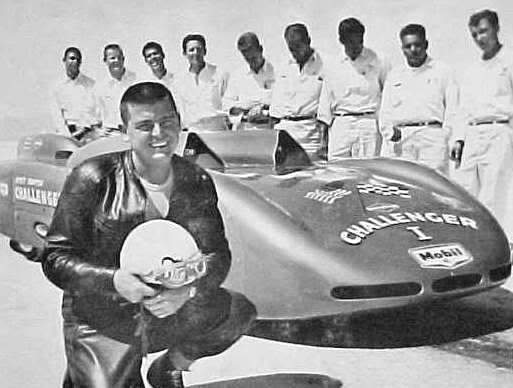 Later on in his career, sometime in the 70s, he formed SCORE, an off-road sanctioning body which oversaw off-road racing across North America. Together with his wife Trudy, they then formed MTEG (Mickey Thompson Entertainment Group) - an indoor motor-cross and off-road vehicle racing show and competition, which toured across the US.
By 1984, Thompson and Trudy were ready to reduce their workload a little. Enter Mike Goodwin. Goodwin had previously promoted his own stadium races for motorbikes (a bit like what Thompson was doing with 4 wheelers through MTEG). From what I can gather, Goodwin was doing it better- his events were connecting with larger audiences and came third only to NASCAR and Indy-car racing.
Goodwin appeared to share similar personality traits with Thompson too - both were described as brilliant, determined, innovative and hard-nosed business-men. Perhaps that should have been a warning sign that things between the two would turn sour within less than a year. We all need a yin to our yang and Goodwin and Thompson were clearly not this.
Without going too far into the specifics, ultimately their joint business venture was unsuccessful and led to a bitter legal battle, which saw Thomspon regain sole control and ownership of MTEG, leaving Goodwin out in the cold. What followed for Goodwin was a rapid downfall, which ended in both personal and business bankruptcies.
I dunno, maybe providing you with a brief history of Mickey Thompson’s career seems a bit off topic for you given that the reason I started writing this article was based around a terribly tragic and horrific double murder. I get it - let’s not forget why we’re all here.
The reason that I need to give you this rundown though is because it is relevant to the story, but I’m not going to get too ahead of myself here - you’ll just have to stick it out a little longer and read on.
Of course, you can definitely hit the interwebs for yourself and dig a little deeper - the legal battle between Thompson and Goodwin reportedly got pretty ugly, including one snippet I read which said that Goodwin’s Mercedes was seized in the bankruptcy and Thompson turned up to a court hearing in that vehicle the following day… you get the picture - ugly. And in fact, I can see this making a good film!
To keep the story moving, what happened next is why I am writing this, and presumably why you’re reading this - Mickey Thompson and his wife Trudy were mysteriously gunned down by two hooded men in the driveway of their home in California. This happened in 1988, just two years after Thompson’s victorious legal battle against Goodwin.
The assailants fled the scene on bikes and despite an intense police investigation, no one was arrested for the brutal killings. The identity of the hooded gunmen was unknown, there was no known motive for the crime and so eventually it became a cold case until 2001 - some 13 years later.
One person who never lost hope was Thompson’s sister Collene Campbell. She fought tirelessly to have the case reopened and remained convinced that she knew who was responsible for the death of her brother and sister-in-law - Goodwin, Thompson’s one-time business partner.
See? I told you it was all going to tie-in.
What I have so far failed to mention you see is that Goodwin reportedly fled the States to the Caribbean after the murders of Thompson and his wife. Upon his return to the States in 2001 he was arrested. 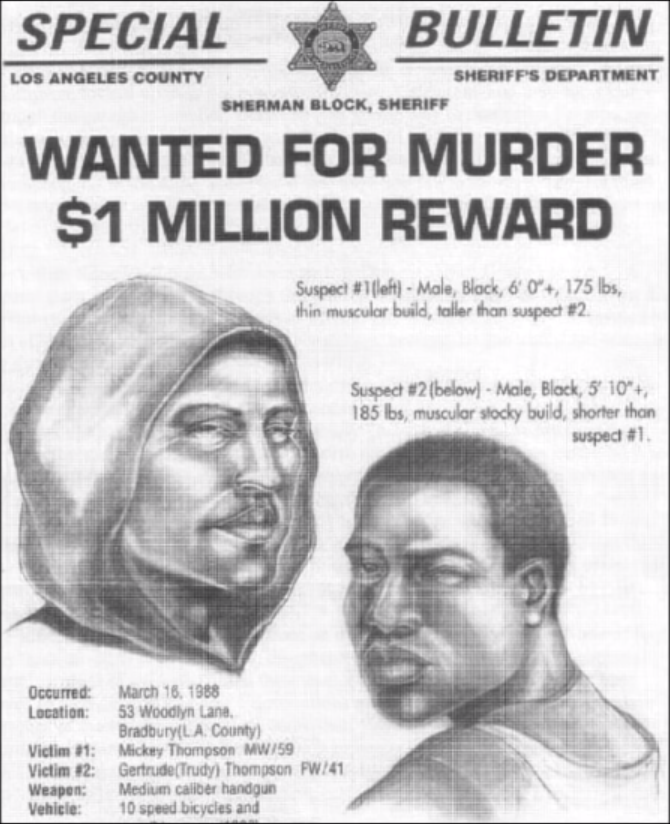 Despite there being no physical evidence tying Goodwin to the murders, from the very beginning he remained prime suspect. Jurors felt that there was no doubt that the bitter ex-business partner had orchestrated the murders, following overwhelming circumstantial evidence and testimonies from 15 people that Goodwin had threatened to kill Thompson and his associates.
In 2007, Goodwin was found guilty of two counts of murder in the death of Thompson and his wife. He was sentenced to two consecutive life-without-parole terms. To this date, the two gunmen have never been found.
Well, there you have it. A tragic end for an iconic auto legend. Still, the legacy of Mickey Thompson lives on. Mickey Thompson Performance Tires designs, develops and distributes specialty tyres for the street, strip, track and off-road.
Perhaps your vehicle is currently sporting a set of Mickey Thompson tyres? If so, why not leave us a review and let us know what you think of them - you could play a small part in allowing the name Mickey Thompson to remain legendary in the tyre industry.
mickey thompsonoff-roadingmotor sport
Feature - July 31 2019

Take a trip down The Great Ocean Road

We have broken down 5 of the best tyres to tackle one of Australia's most iconic drives The Great Ocean Road. Only a short drive from Melbourne, you'd be crazy not too experience it.Read the full article >